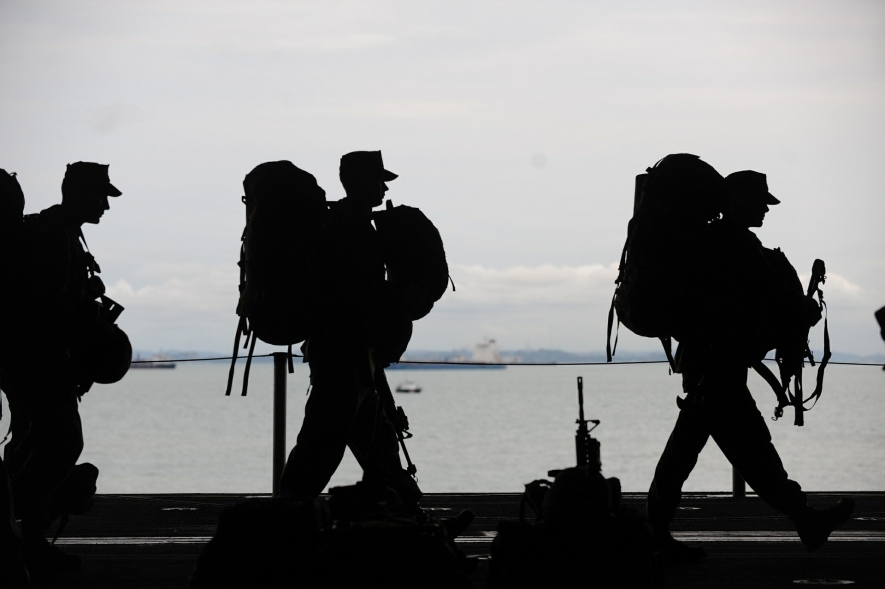 Valerio Vignoli Sending troops abroad, centrists are the most favorable to military intervention. An analysis of Italian Parliamentary debates

Italian military efforts abroad seldom make the news. When they do, it is often in the aftermath of some dramatic event. In fact, since the end of the Cold War Italy has contributed massively to military operations. Italian troops have been involved in all major regions of international conflict – from Kosovo to Afghanistan, from Iraq to Lybia. Since 2006, Italy is the European country with the highest number of military units involved in ONU peacekeeping operations. Italy’s extensive presence in foreign security interventions is all the more surprising if one considers that anti-militarism is deep-seated in Italian culture and society.

Much research has tried to explain this trend in Italian foreign policy. The wish to prove reliable before international partners like the United States or the main international organizations (UN, NATO, the EU) has definitely been a key factor. Moreover, these operations all had a more or less evident humanitarian character: this made them justifiable in the light of Art. 11 of the Italian Constitution, which firmly condemns war as a method of resolving international disputes.

The support of government parties – and more generally the support of the main political parties in the Parliament – was also crucial. But how stable was this consensus? Why did parties endorse or oppose military intervention? Using speeches and parliamentary votes as data, two studies published in renowned international journals try to answer these questions.

If you are moderate, you support the troops

To begin with, ideological positioning apparently had a significant impact on party preferences. A centrist and bipartisan consensus has in fact been building on military interventionism. Linear regression models utilizing the degree of support for foreign missions as it emerges from the analysis of parliamentary speeches in the Italian Lower Chamber show that support for military intervention follows a bell-shaped trend on the left-right axis (Figure 1). The more moderate you are, the more “interventionist” you are. This result is perfectly in line with that of other European countries. Differences along the left-right spectrum might be explained by the fact that centrist parties wish to appear as responsible government actors in the eyes of foreign observes. On the other hand, more radical parties may wish to ride the wave of anti-militarism in order to attract greater support from the public opinion.

A disaggregated analysis of 27 key party votes in the two Houses of the Italian Parliament provides further empirical evidence in favor of this hypothesis. It also licenses a further conclusion (Figure 2): opposition to military intervention has been much stronger on the far left than it has been on the far right: communist parties (the Communist Refoundation Party and the Party of Italian Communists) rarely voted in favor of military operations, while National Alliance has been one of the most prominent “hawks” within the Italian Parliament. The Northern League has been only slightly more critical.

Interventionism appeals to those who govern

The truly decisive factor in explaining a party’s support for military intervention, however, is whether it is in government or in the opposition. Government parties have tended to be in favor of military efforts. This is explained by the fact that governments are responsible for actually sending the troops abroad, and that government parties have no interest in undermining the governing coalition, let alone when voting on issues that their electoral base perceives as being of secondary importance. The positive correlation between being part of the government and favoring intervention as it emerges from parliamentary speeches is very strong. Being part of the government is on average associated with a level of support for military intervention about two and a half times higher than the level of support shown by opposition parties. (Figure 3).

The Right is united, the Left wavers

The analysis of key votes by government coalition confirms the impact of this variable (Figures 4 and 5). Two interesting insights emerge from this analysis. First, center-right parties in the opposition were more likely to support missions voted by center-left governments than the other way round; secondly, while far-left parties occasionally left the government or withdrew their support to it on foreign policy matters, far-right parties like the Northern Leaguehardly ever did. This shows that opposition to military conflicts was a much more salient issue for far-left parties than it was for the Northern League.

Parliamentary votes on Operation Alba (Albania 1997) and Operation Ancient Babylon (Iraq, 2003) are good examples of the conflict between moderate and radical parties as well as of the differentiated impact that being part of a government coalition had on them. While voting on Operation Alba, the then center-left government was “betrayed” by anti-militarist Communist Refoundation Party, while parties from the right wing like Forza Italia and National Alliance (but not the Northern League) came to the rescue. In the case of Operation Ancient Babylon, the Northern League supported the center-right government – of which it was part – while in the Democrats of the Left abstained and only the far left firmly opposed the Operation.

The Left is multilateral, the Right is bilateral

In addition to the ideological positioning and the dynamics of competition between parties, the individual characteristics of military operations also had an impact on voting choices. Discourse analysis highlights how operations with a strong international legitimacy (red line in the graph), i.e. those approved by a specific resolution of the UN Security Council, tended to appeal more to center-left parties than to center-right parties (Figure 6). This result reinforces the conclusions of those analysts who have insisted on the discontinuity between the multilateralist foreign policy of center-left governments and the foreign policy of center-right governments, more oriented towards bilateral relations.

Enemies at home, friends on the battlefield

Such differences must nonetheless be included within the general framework of a strong political support for military operations abroad. By extending the sample to biannual votes on reinforcements, as well as to votes on less relevant and less controversial military operations, the average degree of consensus surges to about 80 percent. Opposition to military intervention often came from parties with a lesser parliamentary weight, and usually located at the extremes of the left-right spectrum. The major political parties, who fight fiercely in electoral campaigns, usually joined forces on “peacekeeping” operations. Which hardly ever aimed at keeping peace, and still do not.

Valerio Vignoli is a post-doctoral researcher at the Department of Social and Political Science of the University of Milan. He is involved in a project aiming to apply techniques of Machine Learning to the analysis of EU legislation. In his PhD thesis, he explored the party politics of military interventions in Italy between 1994 and 2013. His articles are published on various Italian and International journals, including West European Politics, Government and Opposition and Italian Political Science Review.

When it comes to religion in Eastern Europe, the Berlin Wall never came down
Rights, Knowledge and Truth (with Lani Watson)
Hawks and doves: how Italian parties vote on foreign military operations
“The legacy of fascism? Like a Karst River ready to resurface”. An interview with Andrea Ruggeri
University and work, the unexpected effects of information on the choices of high school seniors (with G. Ballarino)
“I need you, but you’re not welcome”: how the occupational inclusion of migrants in Europe has changed after the crisis
Behind your favorite playlists: Spotify, Apple Music, Tidal and the rest
What Chancellor Merkel’s coronavirus strategy can teach us about political leadership
How to be a realist
Prof. and social networks: "Freedom yes, but not to discriminate" - 5 minutes with Francesco Zucchini
More
All Contributions