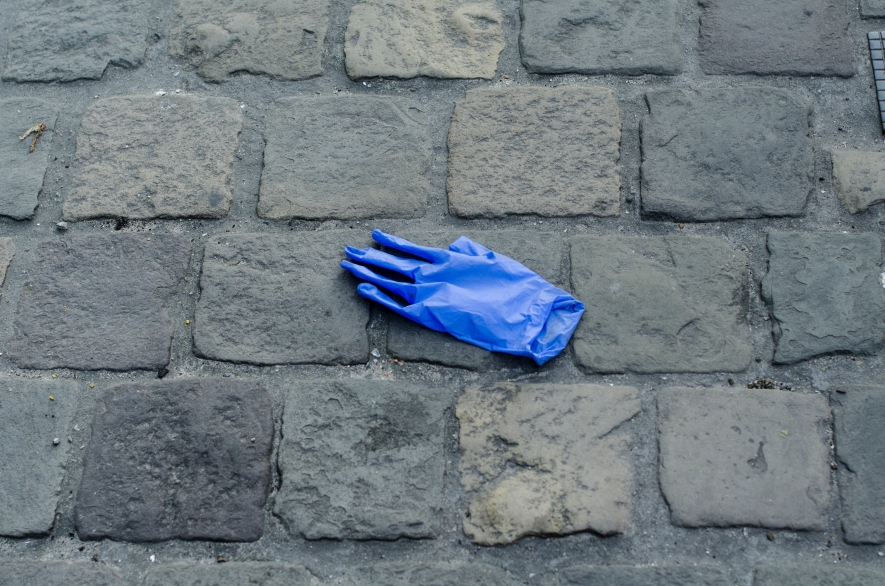 Health and fiscal policy: European responses to the first wave of the COVID-19 pandemic

Matilde Ceron Italy’s, Spain’s, France’s and Germany’s different reactions to the COVID-19 outbreak shed light on the future of the EU

COVID-19 surprised us. We were unprepared, both at the national and at the international level. The European Union was ill-equipped to effectively coordinate a common response to the pandemic in matters of health as much as fiscal policy. Agreement on common emergency measures was reached more quickly than during the eurozone crisis, but it has nevertheless been a slow and divisive process. Early responses to the pandemic have been heterogeneous across national contexts, and they have further widened the center-periphery gap.

The health emergency especially hit fragile economies, which, lacking an appropriate response on the part of the EU, reinforced the center-periphery cleavage in Europe. SURE – the “State sUpported shoRt-timE work” program that mobilized €100 billion in low-interest loans to member states, 27 billion of which have been disbursed to Italy – and Next Generation EU – the €750 billion European recovery plan – are special but temporary measures. They certainly are no structural reform of the European governance, which would instead enable the EU to foster the recovery.

At the beginning of the pandemic, the European governance responded to the crisis only limitedly (if at all); health and fiscal policy is a national issue that is firmly controlled by member states. Coordination on public health suddenly became vital. The provision of masks, gloves, and other personal protection equipment has been given a (failed) nationalist twist, which has required supranational intervention to safeguard common market regulations. Something similar happened in matters of fiscal policy. By design, the Economic Monetary Union (EMU) has a centralized monetary policy and a decentralized fiscal policy, which individual states can implement within the framework of the Stability and Growth Pact (SGP).

Therefore, a fiscal response to the pandemic in its early stages could only come from member states. At the same time, the basic mechanisms of European integration – the SGP and regulations on state funding – have been temporarily suspended to loosen the “grip” on government budgets. The European budget contributed only in a small part to fiscal policy by relocating existing funds – such as structural funds. Like in the past, only the European Central Bank acted promptly in the early stages of the crisis by implementing – and subsequently extending – a €750 billion emergency program.

Negotiations on fiscal policy took months to complete due to seemingly irreconcilable internal conflicts. Spearheaded by the Netherlands, “frugal” countries – including Austria, Denmark, Sweden, and later on Finland – were skeptical about any form of European solidarity but supported the European Stability Mechanisms (ESM). On the other hand, another eight European countries – including not only South European countries, but also France and Germany – called for shared borrowing to finance the recovery and support hardest-hit countries. As the pandemic progressed, the first innovative European program, SURE, was only agreed to in late May 2020 and did not become active before the end of Summer 2020. As a consequence, member states reacted to the COVID-19 crisis individually, and the differences in their responses to the health and economic emergency grew increasingly.

Lacking a shared fiscal response, the provision of economic support in the early stages of the pandemic was left to individual states. The resulting differences in the performance of European countries have been further exacerbated by national variations in the epidemic curves and the restrictive measures implemented.

A comparison between four main countries – France, Germany, Italy, and Spain – is particularly revealing of these differences in matters of both health and fiscal policy.

In terms of fiscal responsibility, the hardest-hit countries – including Italy and Spain, at least during the first wave – performed very poorly with respect to Germany, which responded successfully to the health crisis and fared best, followed by France. The fiscal space of South European countries had shrunk as a consequence of the 2009 crisis, and public spending on health had been severely cut. Therefore, South European countries were the least well-equipped to face the pandemic as well as the recovery. Cuts to health spending added to the limited capacity of national healthcare systems, especially in peripheral countries. Hospital beds in ICUs ranged between 9.7 per 100,000 people in Spain to 12.6 in Italy and 29.2 in Germany. In economic terms, the ranking reflects the capacity of national healthcare systems more than the number of COVID-19 victims – which includes not only the human toll but also the costs of restrictive measures.

The amount of mobilized resources is not the only factor to consider, and perhaps not even the main one. The quality of the measures adopted matters, too. The heterogeneity of socio-economic contexts regarding short-time and illegal work is of crucial relevance alongside the nature of fiscal policies – i.e. whether they are direct disbursements or measures in the form of fiscal protection. In the labor market, what matters most is whether countries choose to protect employment – such as Italy’s redundancy funds and ban on dismissals – or to pay unemployment benefits – as did e.g. Spain. The widening gap between national responses is a threat to the fragile political and economic equilibrium of Europe. Its consequences are deeper than the COVID-19 emergency; the increasing economic differences entail diverging national interests between the center and periphery.

COVID-19’s impact on the future of Europe

Europe was not immune to the COVID-19 pandemic. The health crisis has put deep-seated problems and contradictions in the spotlight, and the emergency has only put more pressure on the search for a solution. On the other hand, a crisis comparable to a natural disaster for which governments are not responsible is an ideal opportunity to foster transnational solidarity: the adoption of common policies becomes more acceptable and a window of opportunity opens for strengthening European integration – beginning with health and taxation policy. Even if constrained by international treaties and by the limitations of European programs, this opportunity was not missed. In matters of health, a prime example of this is the joint effort in developing a SARS-COV-2 vaccine. In fiscal matters, the hard-won agreement to Next Generation EU is an unprecedented step beyond the traditional vetoes against shared borrowing and transnational solidarity.

On the other hand, schemes like SURE and NGEU are temporary measures subjected to institutional constraints; they are far from being a remedy to the ills of the Economic and Monetary Union. Political conflicts between European countries are still open, as was manifest in Poland and Hungary’s threat to veto the new European budget cycle. The widening gap between the center and the periphery of the EU caused by the pandemic and by the consequent rise in public expenditure is bound to complicate negotiations on future long-term agreements. Incidentally, frugal countries only agreed to SURE and NGEU because they were temporary, one-time measures. As COVID-19 still burdens Europe, the future of European integration is unwritten. This is why we can no longer ignore the importance of a (federal) fiscal union, which would provide the necessary resources to face the European recovery after the pandemic.

Matilde Ceron is a Post-Doc research fellow in Political Economy at the Department of Political and Social Sciences of the University of Pavia and a Ph.D. candidate in Political Studies at the University of Milan. She obtained an MSc in Economics and Social Sciences from Bocconi University and a MA in EU Public Policy Analysis from the College of Europe. Previously she worked within the policy field, in a think tank, policy consulting, and in the European public sector. Her research focuses on Eurozone economic governance and fiscal policies of the Member States. Contact her at matilde.ceron@coleurope.eu.

Career journalists: does politics matter?
Rights, Knowledge and Truth (with Lani Watson)
Are politicians to blame for populist turncoats?
How to be a realist
Male authors, female reviewers. The long wave of the pandemic on research and careers in the University
Migrants, 3 out of 4 know someone dead during the backway journey but try it anyway: "Supernatural beliefs make people take risks"
"Autonomy, productivity, originality: COVID-19 teaches us how to evaluate research" Interview with Emanuela Reale
Dating apps: love in the time of algorithms
University and work, the unexpected effects of information on the choices of high school seniors (with G. Ballarino)
What (and how useful) European agencies are
More
All Contributions