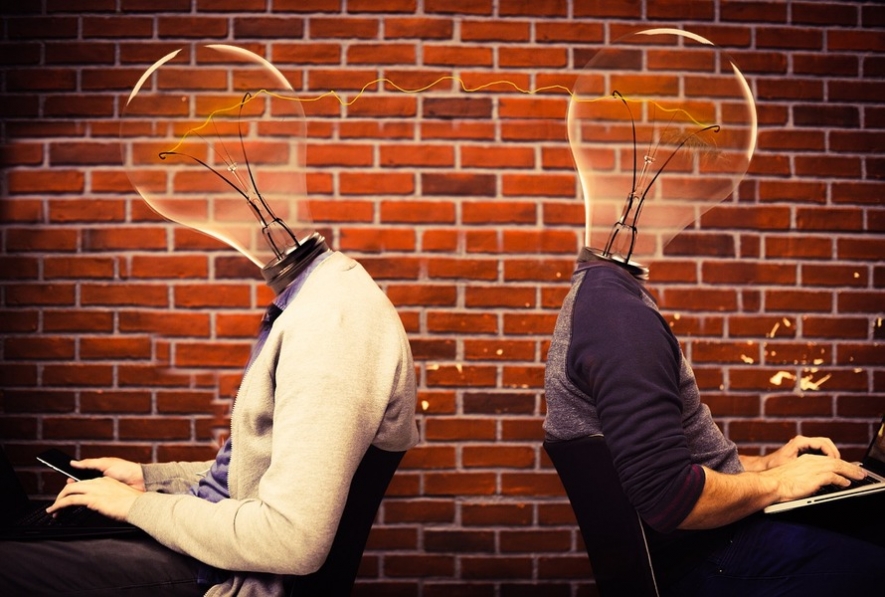 Trust at and outside work: traces of solidarity in the age of coworking

They call them “nomad workers” – because they don't have an office. They are business consultants, designers, web developers, communication specialists, and social media managers. They are all professionals in the so-called "knowledge economy": they provide services through high value-added skills but do not work for a single company. As of 2018, according to a study conducted by McKinsey consultancy, they made up nearly 30 percent of the European and U.S. workforce.

They are self-employed, or freelancers. More and more often, they share coworking spaces together with other professionals in order to cut costs. They are living proof that the organization of work has changed over the past decades. The traditional image of large companies with armies of employees working shoulder to shoulder in large workspaces has given way to more fragmented work relations. In industrial societies, sharing tasks and spaces with many other people was also instrumental to constructing work identities. This allowed people to build solidarity structures, exchange mutual support, and give meaning to their daily life.

Now that an increasing number of workers sell their skills directly on the market, should we expect “nomadic” work to sound the death knell for workplace solidarity? Maybe not. According to a group of researchers from the University of Brescia and from the University of Milan, the very existence of fast and informal work relations – where simple handshakes replace the clauses and penalties of traditional contracts – could allow professionals to test the reliability of possible solidarity relationships even outside the workplace.

For two years, three sociologists from the universities of Brescia and Milan have been on the tracks of a different form of solidarity amongst the number of collaborations that freelancers need to establish in order to meet the customers’ demands and face market instability. The study, partly funded by the Cariplo Foundation, analyzed the behaviour of a group of 29 self-employed workers in the ICT sector who share a coworking space at the Brescia branch of the “Talent Garden” coworking network (TaG-BS).

Coworking spaces are shared offices where freelancers, entrepreneurs, or small agencies rent desk spaces and work independently of each other while sharing the same environment. The services to which they have access are manifold: postal services, internet connection, kitchenette, dining rooms, meeting rooms, training initiatives.

“If you were looking for emotional or material support for something unrelated to work, who would you turn to among your coworkers?” This is the question that the researchers asked the “residents” of TaG-BS. After collecting their answers, the sociologists created graphs reconstructing the network of relations between the residents of the coworking space.

The result is shown in Figure 1. The dots represent the (anonymized) residents while the arrows connect them with the coworkers they expect support from. Respondents appear to expect greater solidarity from coworkers they have successful collaborated with in the past, but only if these collaborations had provided a test of someone’s professional trustworthiness.

The importance of risk and trust

Collaboration alone is not enough for solidarity to emerge – even when both partners consider their collaboration as successful. In fact, the number of collaborations between TaG-BS residents is far greater than the expected support exchanges in the private sphere (see Figure 2).

Most of the professional collaborations studied consist in the outsourcing of projects already in progress. This happens e.g. when developers outsource some aspects of a website’s front-end design to dedicate more time to other customers. Or when multimedia consultants request videographers to make a promotional clip to be used in advertising.

Many studies in social psychology argue that it is difficult for people to develop emotional and solidarity ties with others if the interaction takes place in a context of “economic exchange” (such as e.g. a monetary transaction or a professional collaboration regulated by a contract). However, the collaborations between freelancers monitored by researchers from Brescia and Milan show a different pattern.

Traditionally, TaG-BS residents have often relied on informal agreements or loose contracts. This makes collaborations more flexible, since partners can repeatedly change the terms of agreement without incurring administrative costs. On the other hand, the lack of a regular contract made the interaction riskier, as each partner could in principle disregard the informal terms of agreement without incurring formal sanctions. It is difficult to meet a deadline if your partner is late with work. The quality of the partner’s work is also crucial in assessing their reliability: the work schedule is often so tight that there simply is no time for revision before the deadline. However, the very fact that a partner can get away with non-compliance seems to be the key to establishing a deeper relation with them.

If you have to deal with delicate tasks and decide to share some of them with colleagues, these may behave unprofessionally. But the very possibility of being a victim of misbehaviour put coworkers in the position to personally establish who could be considered a reliable collaborator and who could not. And respondents proved to expect support from reliable collaborators even in matters unrelated to work.

If the collaborations were regulated by strictly binding contracts, the partner’s fairness would have been interpreted as mere fear of sanctions. In contrast, those who prove to be reliable partners in the absence of the threat of sanctions can win other coworkers’ trust – not only in professional collaboration, but also by receiving help and support in private life. Formal contracts and obligations are often necessary aspects of working activities; however, it is in the informal work relations of the “knowledge economy” professions that traces of solidarity are to be found.

Federico Bianchi is a post-doctoral researcher at the Department of Economics and Management of the University of Brescia (Italy), where he is part of GECS - Research Group on Experimental and Computational Sociology. His research mainly focuses on the link between economic exchange and solidarity, and peer-review evaluation of scientific research, by mostly applying computational simulations and social network analysis. His works have been published on Social Networks, The Journal of Mathematical Sociology, the Journal of Informetrics, and Scientometrics, among others. He is member of the editorial board of Sociologica - International Journal of Sociological Debate.
back to top

Male authors, female reviewers. The long wave of the pandemic on research and careers in the University
From Capitol Hill to vaccines, fake news is a matter of trust
What (and how useful) European agencies are
Does size matter? The consequences of shrinking the Parliament
Between disability and happiness it's the society that makes the difference
"Few self-employed and much leveling down". The career destiny of immigrants in Italy
Lockdown: a bitter medicine (but not too much)
Debt, GDP, and SGP: who is in charge between the Council and the Commission
Here's why Italy is always in government crisis. An interview with Andrea Pedrazzani
Feminism in the discourse of right-wing female MPs
More
All Contributions