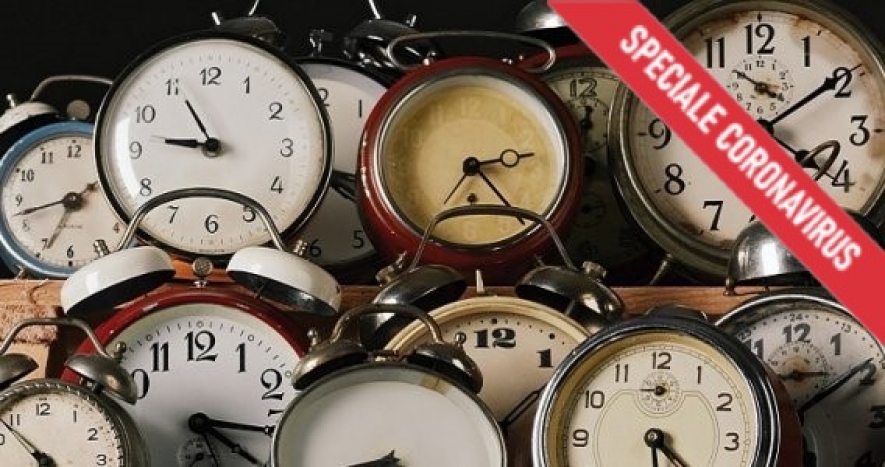 Experts, commentators, and scholars are now focusing on the mistakes, failures, and inattentions of the national government and local authorities alike. Those with a softer attitude towards authorities criticize their confusion and irresoluteness. Others imply that local and national governments are guided by more or less vested interests, or suggest that they are unfit to govern the pandemic. Governments look opportunistic, incompetent, or irrational. This may well be true, but shouldn’t this apply to most if not all European leaders?

What if, more simply and more tragically, the ordinary and legitimate basis of democratic consensus clashes with the implementation of efficient policy responses to the pandemic?

A matter of time lags

Two features of COVID-19 are crucial to understanding its effects on the decision-making processes that are being implemented to contrast it: the necessary time for its diffusion to become politically salient in a given territory, and the necessary time for it to cause hospital bed shortages and thereby make contact tracing pointless. These time frames have variable extensions, but the former is usually very long while the latter is usually very short.

All statistical reports describe the diffusion of the epidemic at a much earlier point in time than the reports themselves are issued. Reports offer a skewed and imperfect picture of the virus distribution that is about ten days old. Since the virus spreads in a non-linear fashion, daily figures at the beginning of a virus wave are scarcely informative about how the epidemic will spread in the coming days.

Those who govern – the “helmspeople” – must decide the route to follow while the rest of the “crew” barely know the past positions of the ship on the chart. (In fact, most of the time people falsely believe that the data accurately inform them about their current “position.”) In the best-case scenario, though not necessarily in the most probable one, rulers have a firmer grasp of what is – and will be – going on around them. Nonetheless, they have no evidence to be shared with the  citizens that the situation is actually worsening.

Such evidence must be nearly irrefutable and sufficiently alarming in order to convince citizens, businesses, and bureaucracies to accept a change in their everyday behavior and operations. The costs of such a change are unevenly distributed among the population. As these costs increase, people tend to be more reluctant to accepting evidence that conflicts with their own subjective interests.

Prevention: a trap for governments

If rulers resort to relatively drastic measures when the situation is not yet perceived to be serious by a sufficiently large number of people, they must face two opposing risks. On the one hand, the perception of a low risk compared to the perceived high costs of those measures may lead citizens, businesses, and bureaucracies to ignore those measures or at least pretend they are conforming to them. Coercion fails in the face of an exceedingly large number of transgressors. As a result, the actions undertaken have no efficacy, the situation worsens just as it would have without any countermeasures, and rulers lose their credibility.

On the other hand, a large part of the relevant actors may conform to the governments’ prescriptions and the virus diffusion may remain stable. So, all good, then? Not for rulers. To paraphrase G. B. Shaw’s famous adage, there are two tragedies in the life of politicians during a pandemic. One is to fail in preventing its spread. The other is to succeed.

If the epidemic does not spread, the political opposition – oppositions are always there in democracies – can blame the government for having implemented costly and unnecessary countermeasures. After all, the worst did not happen, yet fundamental liberties have been limited and entire economic sectors have suffered fatal blows. While it is easy to blame someone for something that has happened, it is much harder to be grateful for something that did not happen. The epidemic not worsening is a non-event, while the consequences of the actions undertaken make themselves deeply felt.

At the beginning, uncertainty and half measures prevail. Then, it becomes increasingly clear that it is not enough anymore to undertake actions that would have appeared too burdensome only a few days earlier. Eventually, countermeasures will be delayed and disproportionate, but they will be based on the widespread perception of their urgency and necessity among citizens, businesses, and bureaucracies alike.

The human and economic costs of wasting time will be huge, but they will be hidden in the folds of obscure counterfactual analysis – which most people cannot understand and possibly no one is willing to perform anymore.

Trust at and outside work: traces of solidarity in the age of coworking
A heart pumping no blood: why Italy is in a permanent (government) crisis
Climate change, eco-innovations are not enough. How to spread them faster with S. Ramkumar
NaspRead News, Covid-19 special edition
Imperfect bicameralism: one in five bills passed by the lower house is not enacted into law by the upper house
Discipline, intolerance, and (oscillating) institutional confidence during the pandemic: public opinion in the time of COVID-19
Male managers, female officials and scientists aged over 60
Feminism in the discourse of right-wing female MPs
What (and how useful) European agencies are
University and work, the unexpected effects of information on the choices of high school seniors (with G. Ballarino)
More
All Contributions