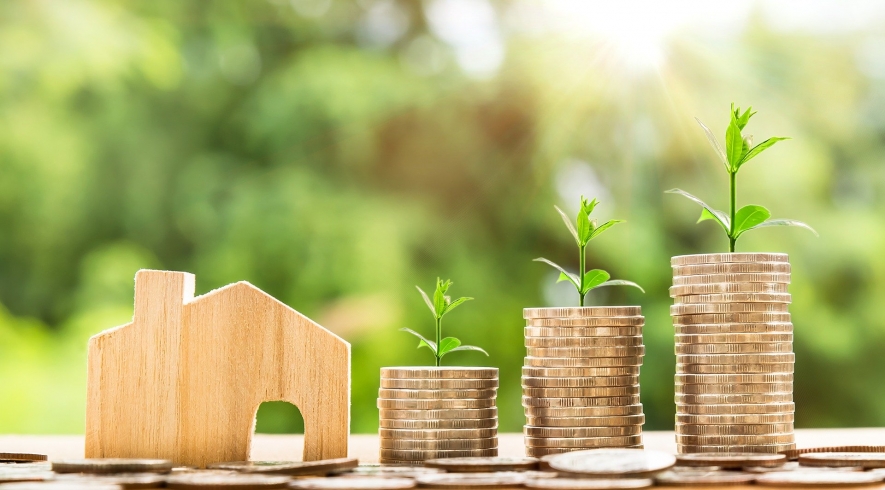 Debt, GDP, and SGP: who is in charge between the Council and the Commission

Camilla Mariotto Due to the pandemic, indebted governments will not incur penalties, but how has the Eu Stability and Growth Pact worked out so far?

The Stability and Growth Pact (SGP) entered into force in 1997, when European countries agreed upon a set of budget rules that would preserve the economic stability of the European Union. Since then, every year the European Commission and the Council of the EU have been assigning “homework” to national governments. However, the recent health crisis has turned the tables completely. For the first time in history, the European Commission has decided to activate the safeguard clause of the SGP: governments are now allowed to exceed the established maximum limit without facing warnings or sanctions. However, these conditions will not last forever. Member states could sooner or later be forced to return to the ordinary regime. Which of the two European institutions – the Commission and the Council – has proved to be the fiercest over the years? Which nations have suffered the most severe sanctions? A study conducted at the State University of Milan details the pre-COVID-19 situation and offers insights into what could happen after the current health crisis will be over.

How the SGP works

As a rule, each member state must submit its macroeconomic program to the Commission by April each year. This could be a three-year stability program or a three-year convergence program, depending on whether the country belongs to the Eurozone or not. The Commission has executive and control powers over member states. It is composed of 27 commissioners (one for each member state) who act independently of the national governments that nominated them. In May, the Commission issues recommendations to national governments – the so-called country-specific recommendations (CSR) – for conforming economic programs to European standards. Six years ago, for instance, the Commission requested Italy to “reinforce the budgetary measures for 2014 in the light of the emerging gap relative to the Stability and Growth Pact requirements, namely the debt reduction rule, based on the Commission 2014 spring forecast”.

The Council of the EU is an intergovernmental institution composed of one national minister per member state. It is the Council’s task to implement the recommendations of the Commission by July. However, the Council needs not follow the Commission’s instructions too strictly; it has the power to modify, strengthen, or mitigate them. After the Commission recommended that Italy reinforced the budgetary measures for 2014, the Council further requested Italy to “ensure progress towards the medium-term objective” (i.e. the reference value that each country must reach with reference to its structural deficit).

The original regulation of the GSP limited European initiative to fiscal policy. The EU enforced regulations on public debt, which must not exceed 60 percent of national GDP. Contextually, the EU monitored that national deficit – i.e. the difference between revenues and spending, inclusive of costs – is lower than 3 percent of national GDP. In 2005 and 2011, the GSP was reformed as part of a set of new legislative measures, known as the Sixpack. The reformed GSP expanded the scope of European intervention to preventing macroeconomic imbalances as well as to safeguarding the stability of the financial market. The EU does so by supporting structural reforms capable of bolstering employment growth and of stimulating investments. The 2011 reform also included both the deficit criterion and the (previously ignored) debt criterion as necessary conditions for implementing the EU excessive deficit procedure.

Member states are expected to follow the recommendations of the Commission while drafting the budgetary policies for the following year. This is done by Autumn each year. This cycle of policy evaluation allows for a stricter surveillance on the part of the EU as well as for a tighter coordination in economic policy, and it is in force since 2011 under the name of “European semester”.

The magnitude and nature of the Council’s changes in the Commission’s recommendations to member states show the evolution of tax reforms over 2005, 2011, and 2013 – part of which were implemented in response to the sovereign debt crisis.

Predictably, the smallest but fiscally most well-performing countries – Luxembourg, the Netherlands, Finland, Estonia, and Denmark – receive on average the least number of recommendations from European institutions, both before and after the 2011 reform. On the other hand, Mediterranean countries – Italy, Portugal, Greece, and (since 2011) Spain – are traditionally characterized by high public debt, and are associated with the highest number of European recommendations (see Figure 1).

Not all states were penalized in the same way. Recommendations to the largest or fiscally most well-performing countries – Germany, the UK, Sweden, France, Belgium, Italy, and Estonia – have been mitigated by the Council in the highest number. On the other hand, the Council tends to adopt a stricter attitude than the Commission towards Greece and Cyprus (see Figure 2.b).

The largest countries matter most

What leads the Council to adopt a stricter or more lenient attitude? Empirical analysis shows that larger countries can benefit from their larger share of votes within the Council.[1] As a consequence, the Council is more likely to mitigate rather than strengthen the Commission’s recommendations to the largest countries. Germany has a 13.4 percent chance of receiving milder recommendations, while Luxembourg – one of the smallest countries along with Malta – only has a 9 percent chance. This is because the German government has more power to broker an interstate coalition in its favor with the Council.

The Commission and the Council concur in sanctioning states whose national debt exceeds 60 percent of their GDP. Surprisingly, the Council proved to be more uncompromising in this respect before the 2011 reform. Consider Greece – the most indebted country in 2010, with a debt-to-GDP ratio over 146% – and Estonia – the country with the lowest debt-to-GDP ratio in 2007 (less than 7.5%). Over the same period, the Greek government was 41.3 percent more likely to receive reinforced recommendations from the Council than the Estonian government.

Backward thinking can clarify the logic of this. Before the 2011 reform, the only criterion for implementing the excessive deficit procedure as established by the SGP was the breaching of the 3 percent ceiling for the deficit-to-GDP ratio, while debt was largely ignored. On the basis of the deficit criterion alone, it was therefore likely for the Commission and the Council to be less flexible in the “preventive phase” in order to prevent national debt from growing without consequences.

In the peak years of the economic crisis (2009-2013), the fear that the European Union could disintegrate (and that bad economic and financial performance could spread across European countries) spurred the Council to adopt a more pro-active approach. National governments are fundamentally political institutions; they cannot ignore the risks of a sovereign debt crisis and must follow (and reinforce) the recommendations of the Commission. The study confirms that, from 2010 to 2015, the Council recommended the adoption of more austere measures with an increasing probability – from 10 to 31 percent.

[1] When the Council votes on a proposed recommendation of the Commission, a qualified majority is reached if three criteria are met: a) 55% of member states vote for it, b) member states in favor of it make for at least 65% of the total population of the EU, c) votes in favor are no less than 255 out of 345 votes. (Each state has a population-dependent voting weight that varies from 29 votes – Germany – to 3 votes – Malta). Criterion c) is no longer in force since March 31, 2017.

Camilla Mariotto is PostDoctoral researcher at the Institute for Political Science of Universität Innsbruck since December 2017 and she is interested in politics and policy of the European Union.

How to be a realist
Dating apps: love in the time of algorithms
What self-employment (really) means for women and men
Precarious workers and unemployed people vote with their wallet, not with their guts
"Our workers first!", labor mobility and chauvinism in Europe
How to get voters to the ballot box in an era of permanent campaigns
Hawks and doves: how Italian parties vote on foreign military operations
Male managers, female officials and scientists aged over 60
Does the euro make us feel more European?
Prof. and social networks: "Freedom yes, but not to discriminate" - 5 minutes with Francesco Zucchini
More
All Contributions