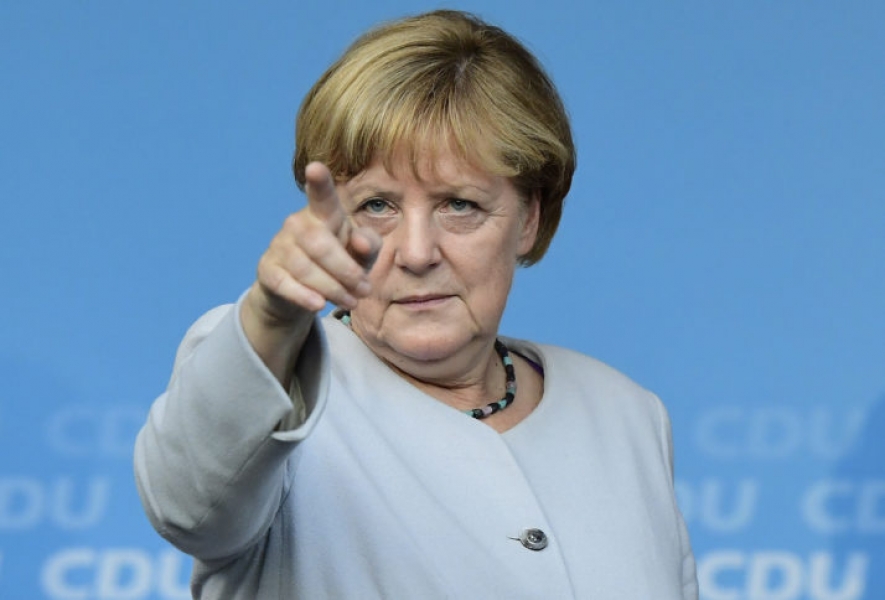 As happened before in times of world crises, during the COVID-19 pandemic the question of political leadership as well as the timeliness and effectiveness of governmental decision-making have become salient issues in the public debate. The pivotal role of Germany within the European context, coupled with its greater capacity to contain the early spread of the epidemic with respect to its neighboring countries, have attracted the interest of many observers. The health crisis was but the last episode in a series of exogenous shocks that marked Angela Merkel’s chancellorship. Now approaching its end, Merkel’s fourth term as Chancellor – the longest in democratic Germany after Kohl and the third-longest in the entire German history, including Bismarck’s chancellorship – invites an in-depth analysis of Chancellor Merkel’s politics during the pandemic, shedding light on the links between crisis management and the political autonomy of a Chancellor who is now nearing 20 years in office.

A leader at the mercy of vetoes

Constitutionally, the German Chancellor has a prominent role; the Chancellor’s power within the government has been strengthened by a series of norms that aimed at rationalizing the cabinet. At the same time, the German Basic Law (Grundgesetz) endows both central and local governors with institutional veto powers that limit the action of the prime minister. Moreover, the organizational strength of institutional parties has proved capable of countervailing the individual decision-making of past Chancellors: even in those cases when Chancellors also happened to be party leaders, they often needed to confront opposing political currents within the party (as happened e.g. in the confrontation between Schröder and Lafontaine in the SPD at the end of the 1990s).

Despite all this, the influence of the Chancellor on policymaking in Germany has grown considerably in recent times. How was this possible? Drawing on the literature on policy change, we may say that this change did not happen gradually but in a “punctuated” fashion – i.e. through rapid accelerations followed by periods of stagnation. Such accelerations occurred when Chancellors took advantage of windows of opportunities opened by external events. Change happened as a consequence of Chancellors successfully responding to those events independently of, or even against, the opinion of fellow party members and coalition partners. While this did happen before the 2000s – think of Adenauer’s office, Erhard’s economic boom, Brandts’ Ostpolitik, or Kohl’s reunification of Germany – it is only with Schröder’s term (1998-2005) that it has become customary for Chancellors to circumvent within-party opposition.

In 2001, Schröder tried to overpower the governing majority in the attempt to get Germany to join NATO operations in Afghanistan. In 2005, he stood out as the main proponent of a series of welfare and labour reforms that would characterize his second term as an especially contentious one due to the opposition of the Green Party (then a member of the governing coalition) and of a large chunk of the SPD. However, it was not until Angela Merkel took office that the Chancellor’s power in independently governing the country became evident. The main turning points during Merkel’s term corresponded to three international shocks: the 2011 nuclear accident in Fukushima, the early-2010s Eurozone crisis, and the increase of migration flows in the aftermath of the 2015 Syrian crisis. In all three occasions, Chancellor Merkel worked to change the status quo. First, she pushed for phasing out nuclear power in Germany by 2022, in open contrast to the platform of the governing CDU-FDP coalition. Then, she won the approval of the third bailout package for Greece, which the CDU was skeptical about. Finally, she one-sidedly banned the deportation of Syrian asylum-seekers, causing a large part of the CDU to confront her. In 2020, the COVID-19 crisis has brought back the old dilemma between decision-making and consensus-seeking.

When analyzing the ways in which Germany tackled the corona crisis, one should consider the differences between the German political system and that of comparable countries. Unlike in Italy, for instance, the government in Germany has no means of direct legislative intervention. Moreover, the spread of the SARS-CoV-2 did not qualify for the declaration of an internal state of emergency (innerer Notstand). The German federal government must thus resort to a 2001 law for protection against infections (Infektionsschutzgesetz), which was amended in March 2020 to improve coordination between the central government and the Länder – the regional governments that are in charge of adopting measures to fight the pandemic. Hence the considerably higher number of laws issued by the Länder vis-à-vis the federal government since the pandemic outbreak.

Lacking adequate legislative means in an emergency and trapped in a web of institutional checks and balances, Angela Merkel used her own political capital to mediate between the various veto players. The protocol for containing the initial spread of SARS-CoV-2, for instance, has mostly been drawn up in informal decision-making contexts. Beginning in March 2020, Chancellor Merkel repeatedly met (online) with the (often hostile) heads of regional governments to draft the measures restricting individual liberties, to be communicated through specific press conferences. As to the intra-governmental arena, Chancellor Merkel and her staff chaired the weekly Corona-Kabinett– including the Health Minister, the Minister of Finance, the Minister of Defense, and the Ministers of Internal and Foreign Affairs – in addition to the regular Council of Ministers meeting every Wednesday. On occasion, the “Corona Cabinet” has included other Ministers, depending on the policy sector under discussion.

According to the literature on leadership crises, crisis management should be assessed by analyzing not only the decisions made by political leaders, but also the context in which they were made. In this respect, Chancellor Merkel presented her role as one of coordinating the decision-making process. This became evident in her choice to send video messages to the German population – which is usually done only in exceptional circumstances. The Robert Koch Institute (the governmental agency responsible for public health) also organized press conferences to regularly update the public on the general information made available by the federal government on its multi-lingual website.

Germany proved more lenient than the rest of Europe

The governmental response to the crisis and the severity of the measures taken are presented in figures 1 and 2 in terms of policy outputs and their impact. The charts compare Germany with the three most populous EU countries (France, Italy and Spain) over a time span of eight months, from January to September 2020. Daily data are based on Oxford Covid-19 Government Response Tracker indexes.

The charts show that Germany responded more modestly to the health crisis until the “second wave” in Autumn 2020, after which differences among countries are less relevant. This may be due to the state of emergency being declared in other countries but not in Germany. The measures taken to tackle the health crisis before May 2020 also appear to have been much less severe in Germany than in other countries, probably because no strict quarantine has been introduced in Germany – unlike in Italy, Spain, and France.

Caught between power and charisma

On the whole, the management of the COVID-19 crisis in Germany before Autumn 2020 seems to corroborate the claim that, for all his or her prominence, the Chancellor must navigate a whole array of institutional and political vetoes that do not loosen their grip even in a time of crisis. For this reasons, German Chancellors – particularly Angela Merkel – have tried to seize those opportunities provided to them by the emergence of exogenous shocks. The question for the future is whether the role that Chancellors Schröder and Merkel carved out for themselves will become institutionalized or instead it will depend on the personality of the prime minister.

Michelangelo Vercesi (Ph.D., University of Pavia) is Lecturer in Political Science at Leuphana University in Lüneburg and executive member of the International Committee on Political Sociology. He held visiting and teaching positions at the University of Vienna, University of Milan, and Keele University. In 2019, he was invited as visiting scholar at the Torcuato di Tella University of Buenos Aires. His research focuses on comparative government, political elites, and party politics. His forthcoming monograph (Palgrave) is Changing Prime Ministers’ Careers in Europe: A Comparative Perspective, coauthored with Ferdinand Müller-Rommel and Jan Berz.

The Euroskeptic vote grows with coalition governments
Here's why Italy is always in government crisis. An interview with Andrea Pedrazzani
Dating apps: love in the time of algorithms
The King's Dilemma, a game that teaches that in politics there are no easy choices
If you leave me, valence is the key
Mercenaries: efficient troops or murdering savages? The changing reputation of contracted soldiers
EU cohesion policy: a soulless shell
Imperfect bicameralism: one in five bills passed by the lower house is not enacted into law by the upper house
How citizens see political parties
Debt, GDP, and SGP: who is in charge between the Council and the Commission
More
All Contributions