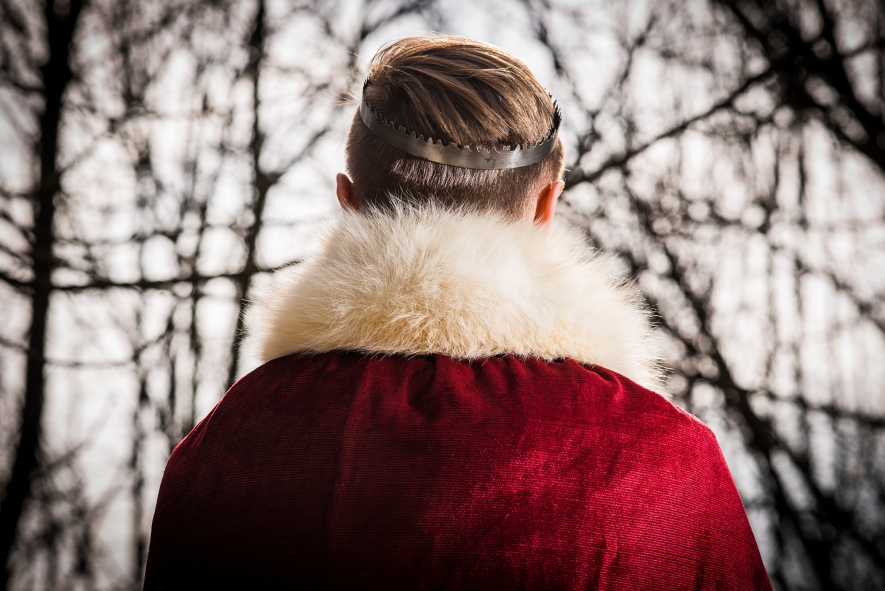 The King's Dilemma, a game that teaches that in politics there are no easy choices

Carlo Burelli Objective: to find a balance among individual interest, common good, and morality – three dimensions of politics in every epoch

Politics is inescapably tragic. Furthermore, politics leaves us perpetually dissatisfied. And it has nothing to do with our politicians or their reputations tarnished by theatrics, impersonations, and unlikable features.

It is precisely the choices that politics imposes that are difficult. This is because so many of us have to agree, and because none of us is in perfect agreement with ourselves.

Hanging in the balance among individual interest, common good, and morality

There are three key dimensions, and they conflict with each other. Individual interest: how much do we personally gain from a decision? Common good: what benefits our society most? And morality: what is it right to do? In every circumstance, in every action, in every choice, these elements push in opposite directions. Whatever decision we make, something is lost.

Consider Caesar: he invaded Gaul, killed a third of his people, and enslaved women and children. He gained riches and the blind loyalty of his legionaries. The Romans gained from the invasion, extending their empire and its power. But was what Caesar did right?

Or consider Roosevelt, with an America unwilling to go to war against the Nazis. Perhaps the United States would have been better off in peace, without losing 400,000 lives. But on the other side was Hitler. What was to be done?

Or, in regard to recent history, consider a pandemic. What should be given priority: people’s health to be protected by lockdowns, or the economy that may be ruined by closures?

Balancing individual interests, the common good, and morality is complicated. It is made even more complicated by the fact that each of these three dimensions has numerous conflicts internal to it.

Another example: Abraham Lincoln wanted Congress to pass an anti-slavery bill. The votes in favour were lacking. What could he do? Should he have bought some ‘yes’ votes – violating a basic democratic principle – or should he have let the matter slide and kept slavery? What was morally right in this case?

Back to Caesar. Was it convenient for him to cross the Rubicon with his legions? Pompey remained barricaded in Rome, ready to declare him a public enemy and oppose him by force. Of course, Caesar became dictator for life and paved the way for the Roman empire. But only after a bloody civil war. And shortly afterwards he was stabbed to death by one of his closest friends, Brutus. Was it really in Caesar's interest to cross the Rubicon?

What instead was the common good of Rome and its inhabitants? To remain a republic, we would say from our contemporary perspective. But the ancient republican order had long struggled to manage the vast territories conquered by the legions. Perhaps the empire was the only way to keep Rome united.

These dilemmas cannot be solved. But the problem is that they are often not even perceived. We often think that there are easy and obvious solutions: our own. And that there are blatantly wrong solutions: those of others. The complexity of the world (and a widespread self-centeredness) hides these lines of conflict. Political philosophy tries to illuminate them but is often too abstract to make experience their consequences.

A board game to understand political fatigue

This is where King's Dilemma comes in. It is a board game designed by Lorenzo Silva and Hjalmar Hach, for which I wrote the story. Each player must weigh individual interest, common good, and morality. The players sit on the royal council and must balance what they think is right with the interests of their household and the common good of the kingdom. Through negotiations and betrayals, the decisions made by each of the participants will shape the future of the kingdom. Their consequences will recurrently remind players of the compromises they were forced to make or those they failed to achieve – with other players, but especially with themselves.

The complexity does not stop there. Each of us makes choices confined to his/her perspective, and usually the consequences impact on others, on our children, and our children's children. But not in King's Dilemma. This is because each player will play – in different games – the King, his son, and his son's son: that is, the exponents of his lineage generation after generation. In doing so, the fathers will understand the cost they impose on their children, and the children will understand the motivations that drove their fathers.

Simple rules for a complex experience

In this sense, King's Dilemma is unique experience, a special game that only Lorenzo and Hjalmar's inventiveness could encapsulate in a system of simple rules.

What Chancellor Merkel’s coronavirus strategy can teach us about political leadership
Does size matter? The consequences of shrinking the Parliament
Here's why Italy is always in government crisis. An interview with Andrea Pedrazzani
A heart pumping no blood: why Italy is in a permanent (government) crisis
Imperfect bicameralism: one in five bills passed by the lower house is not enacted into law by the upper house
Are politicians to blame for populist turncoats?
Mercenaries: efficient troops or murdering savages? The changing reputation of contracted soldiers
When it comes to religion in Eastern Europe, the Berlin Wall never came down
"Our workers first!", labor mobility and chauvinism in Europe
“I need you, but you’re not welcome”: how the occupational inclusion of migrants in Europe has changed after the crisis
More
All Contributions