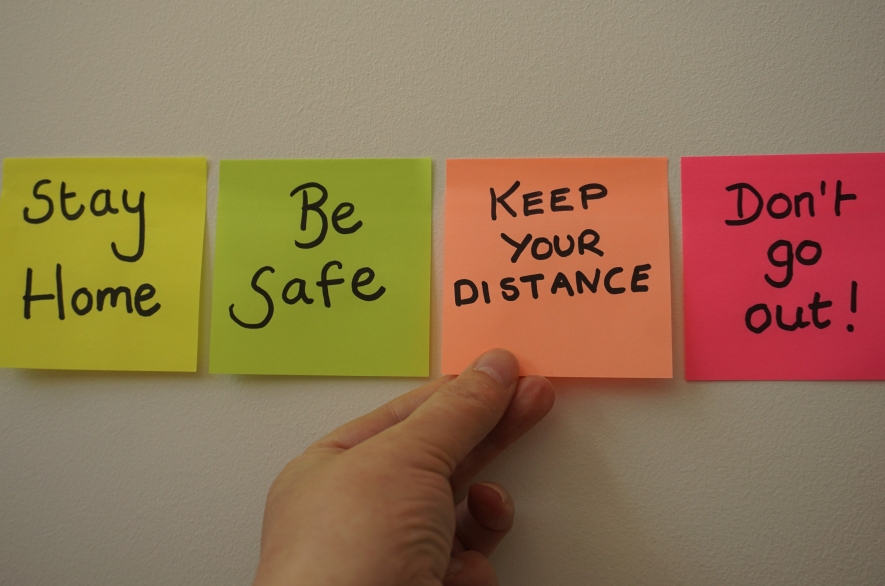 Lockdown: a bitter medicine (but not too much)

A. Pellegata Dutch, Swedish, German, Spanish, French, Italian, and English citizens. Between health and economy, here's how they choose

‘Openers’ versus ‘closers.’ With the continuation of the Covid-19 pandemic, in democratic countries opinions expressed in the public debate seem to have been divided between those in favor of restrictive measures– the so-called ‘lockdowns’ –  adopted by governments to limit the spread of infection and those who, instead, have declared themselves (more or less openly) against those measures because they were considered too harmful to the economy and detrimental to personal freedoms. Although the positions taken are often more complex and nuanced, this simplification shows the dual nature of the pandemic’s threat to citizens. It is, of course, primarily a danger to health; but it is also – indirectly through the political choices made by governments – a serious threat to national economies and the incomes of individuals and families.

But how do citizens feel about these measures? Are they willing to accept the negative consequences of economic restrictions to protect public health? We tried to find out by conducting a survey in seven European countries – France, Germany, Italy, Netherlands, United Kingdom, Spain, and Sweden – on samples representative of the population by gender, age, level of education, and region of residence, and which involved a total of 7759 citizens aged 18 and over. To allow respondents to express their policy preferences with sufficient emotional detachment, the research was conducted between June 5 and June 22, 2020, when the peak of the first wave had passed and European governments were beginning to relax restrictive measures. At that time, moreover, the frequency and intensity of subsequent pandemic waves and the protraction of further restrictions could not yet be imagined. We obtained the following results.

In times of crisis, emotions matter most

Studying the political attitudes of citizens during a pandemic is not an easy task. As in a war or the aftermath of a terrorist attack, when individuals are faced with a real threat to their health and their lives, they tend to place much more weight on the role of emotions – such as fear, anxiety, and frustration – when making judgments about government actions, as opposed to utilitarian reasoning or ideological factors that in non-crisis times would strongly contribute to structuring their political opinions. It is no coincidence that many recent studies, conducted during the pandemic, have observed a growth of citizens' trust in their government, which found itself having to face a ‘common enemy’, the virus.

The task becomes even more difficult if one shifts the focus of the survey from general judgments on the work of the government to the preferences of citizens with regard to the specific public policies adopted to deal with the crisis. Citizens are often not fully aware of the various features of a public policy, nor of the direct – and, above all, indirect – consequences that it can have, even in sectors far removed from the one for which the policy was designed. Limiting the inquiry  to only asking citizens (with the usual questions found in demoscopic surveys) about their level of agreement or disagreement with a public policy, in general, is not enough. In our case, for example, it was not possible to understand the preferences of respondents with regard to measures to contain the Covid-19 contagion without explicitly confronting them with the consequences that such measures have on the economy.

To address these issues, social science scholars often resort to so-called ‘conjoint experiments’ administered to a selected sample of respondents through online surveys. This methodology requires respondents to evaluate different scenarios in which a hypothetical public policy changes in the main aspects that characterize it and that, according to scholars, may influence citizens' preferences.

In our experiment, we asked each respondent to rate two different pairs of hypothetical measures to limit Covid-19 infections; measures that varied along three dimensions: their overall stringency (which may be high or mild); their healthcare objective (i.e. the protection of the health of all citizens or in particular of the most vulnerable ones); and their economic objective, which may consist in safeguarding the economy as a whole or especially the opportunities of the younger generation. The experiment sought to make explicit to the respondents that, while stricter measures are inevitably associated with a worsening of economic conditions, limited measures have as their effect a greater safeguarding of the economy. Respondents were asked to rate their approval of each policy and to choose which they would prefer their country's government to adopt or have adopted.

Not surprisingly, of the three dimensions along which public policy was chosen to vary, the severity of restrictive measures was found to be the most significant factor in influencing respondents' preferences. On average, respondents said they preferred more stringent restrictions – aimed at protecting the health of the population as a whole and not just the most vulnerable groups – even though these measures are likely to have negative effects on the national economy. As expected, the study confirmed the extremely significant role of emotions in influencing respondents' policy preferences. Those who were most afraid of falling sick themselves – or who were otherwise concerned about public health – tended to prefer more stringent restrictions.

From Holland to Italy, everyone likes their government (and its policies)

The preferences of the interviewees were not the same in the various countries surveyed. In the Netherlands, respondents on average preferred measures less severe than those preferred by respondents in Italy and Spain. In general, the policies adopted by individual governments receive broad support from public opinion. In Italy and Spain – countries that were among the ones hardest hit by the first pandemic wave and whose governments reacted most decisively – those respondents who expressed a greater degree of trust in the executive tended to support more severe restrictions. By contrast, the governments of the Netherlands, Sweden, and the United Kingdom, which countered the spread of the contagion with softer measures, enjoyed greater trust from those respondents in favor of fewer restrictions.

The game is worth the candle (at least at the beginning)

The main conclusion to be drawn from this study is that, at least at the end of the first pandemic wave, in general, citizens did not perceive the restrictions adopted by their government as too bitter a medicine to take to cure the pandemic. When confronted with the negative consequences on the economy of the health policies adopted by governments, respondents preferred more restrictive measures because they considered them better able to protect their own health and that of their compatriots. Even those who perceived the pandemic as negative for their country's economy preferred stricter lockdowns, confirming that health and economic threats are mutually reinforcing rather than antithetical to one another.

These results show that to design a policy response that is adequately supported by public opinion, governments must consider how different threats arising from a crisis are perceived by citizens.

Our study evidences that in the first phase of the pandemic, citizens largely supported strong restrictions on economic activities and limitations on personal freedoms. It should be pointed out, however, that these results say nothing about whether and how public opinion changed its preferences as restrictive measures continued during the last months of 2020 and much of 2021 and their negative effects on the economy and the lives of citizens became more acute.

Alessandro  Pellegata is an associate professor of Political Science in the Department of Social and Political Sciences of the University of Milan. His main research activity is in the interplay between comparative institutional analysis and comparative public opinion. He studies government alternation, party-voter congruence, support to the European Union and political corruption.

Here's why Italy is always in government crisis. An interview with Andrea Pedrazzani
From Capitol Hill to vaccines, fake news is a matter of trust
A heart pumping no blood: why Italy is in a permanent (government) crisis
If you leave me, valence is the key
Why you become a terrorist. Interview with Krzysztof Krakowski
The unexpected guest: minimum wage in Southern Europe
Does size matter? The consequences of shrinking the Parliament
Refugees and migrants: how and why Europeans like reception more than is thought
Imperfect bicameralism: one in five bills passed by the lower house is not enacted into law by the upper house
"Our workers first!", labor mobility and chauvinism in Europe
More
All Contributions