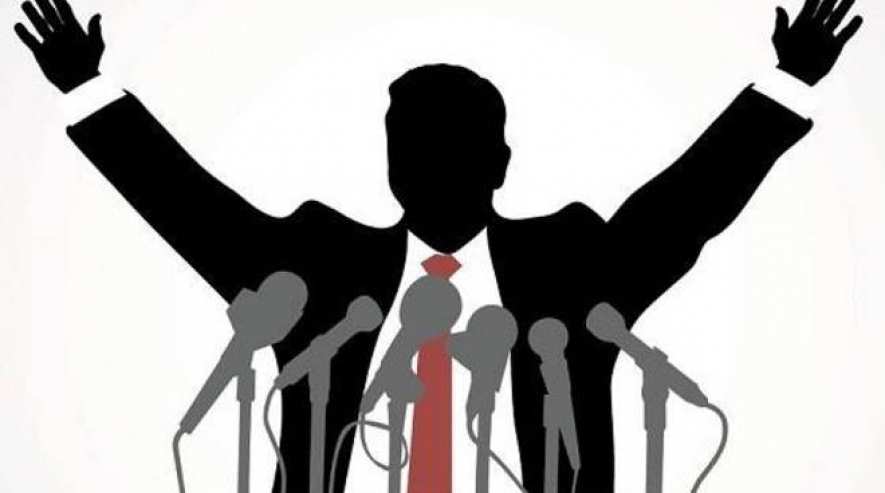 It takes votes to win elections and it takes convincing people to win their votes. This is what campaigns are for. Even if political commentators are observing that campaigns have now become a permanent feature of civil life, they still tend to intensify in the weeks preceding election days. Campaigns are the link between parties and voters, but their goal is not so much to convince people about the goodness of platforms. Instead, as seventy years of research show, they aim at mobilizing those people with political allegiances, and getting them to vote. Abstention is the enemy of every political election. Motivating is more important than convincing. But how to achieve this goal? An experiment conducted at the University of Trento during a student election casts light on the more effective strategies for mobilization.

Depending on whether actual people are delivering the mobilizing message, one can distinguishing between personaland impersonal forms of contact. Canvassing is the most traditional form of personal contact: candidates visit neighbourhoods and workplaces to meet potential voters. Email and text messages, TV ads, and campaigns on social networks are forms of impersonal mobilization. As new media have become more and more pervasive, the ways in which parties can contact potential voters have multiplied, while in some cases the cost of campaigns has shrunk. However, some strategies still prove more effective than others.

Occasions and reminders: a theory of effective campaigns

Two theories aim at explaining the relationship between the various forms of party contact during a campaign and the final voter turnout. According to the so-called Social Occasion Theory, a social interaction between party and voters is necessary to convince the latter to cast their vote – if they were not convinced already. For this reason, personal contact is deemed more effective than impersonal contact.

On the other hand, the Noticeable Reminder Theory assumes that reminders about upcoming elections are a necessary condition for getting voters to the ballot box – if they didn’t already intend to do so. Reminders can be more or less effective depending on the form in which the message is delivered. A personal form of party contact tends to be more “noticeable” and therefore to have a greater mobilizing strength.

Since the beginning of the 2000s, a number of different studies – especially those conducted in the U.S., such as the “Get out the vote!” field experiment – have provided evidence supporting both theories. However, electoral campaigns in the U.S. are typically characterized by a higher level of professionalization than European campaigns. Moreover, personal strategies of mobilization such as door-to-door canvassing are less popular in Europe, which makes them potentially intrusive and less effective in terms of getting people to vote.

A sample survey on the Austrian 2013 parliamentary election – the “Autnes Rolling Cross-Section Panel Study” – shows that only forms of personal contact, such as talking to party members of meeting canvassing politicians at home or at the workplace, had a mobilizing effect.

In particular, personal contact motivated “peripheral” voters who are usually less inclined to vote, thereby reducing discrepancies in the voter turnout. On the other hand, impersonal forms of contact – letters, emails, text messages, phone calls, and the like – did not significantly increase the voter turnout.

There is no question that the cost of personally meeting voters is very high, both economically and logistically. For this reason, parties may still wish to invest in impersonal campaigning, which is less costly and capable of reaching out to a larger number of voters in considerably less time. This, however, is conditional on the effectiveness of impersonal contact.

The experiment: how convincing are emails?

Of all forms of impersonal contact, digital ones are certainly among the most cost-effective. An experiment has been conducted in Italy to test their effectiveness in the general election held at the University of Trento in 2014. The voter turnout was 21,1% (of all 16 thousand students entitled to vote). To assess the mobilizing effect of email messages, non-partisan reminders encouraging students to vote have been sent by the university to randomized groups of students between one and five days before the election. The emails insisted on civic duty, political effectiveness, and on the importance of individual votes in determining the electoral result.

One student every four did not receive any email. The results and the analysis of the collected data show that emails did not have any impact on the (very low) voter turnout, regardless of their content or date of sending.

“Reducing the distance” is the watchword

These studies show how personal contact has the most impact in getting voters to the ballot box. Although it is more difficult now to make party contact with voters than it was in the era of mass politics, investing in personal contact is still the most cost-effective strategy for campaigning. To become more effective, impersonal forms of contact should include some way of reducing the distance between parties and voters. But this is by no means an easy task.

Riccardo Ladini is post-doctoral fellow at the Department of Social and Political Sciences, University of Milan, where he is member of the SPS Trend Lab. His main research interests include voting behaviour and participation, public opinion, social and political attitudes, by employing experimental and survey methods. He is member of the Italian team of the European Values Study.

Flourishing landscapes: resentment and the upsurge of radical right-wing populism in eastern Germany
Why it is hard (if not impossible) to abolish the Council of State
When it comes to religion in Eastern Europe, the Berlin Wall never came down
The Euroskeptic vote grows with coalition governments
Discipline, intolerance, and (oscillating) institutional confidence during the pandemic: public opinion in the time of COVID-19
Prof. and social networks: "Freedom yes, but not to discriminate" - 5 minutes with Francesco Zucchini
Precarious workers and unemployed people vote with their wallet, not with their guts
Behind your favorite playlists: Spotify, Apple Music, Tidal and the rest
Does size matter? The consequences of shrinking the Parliament
Male managers, female officials and scientists aged over 60
More
All Contributions