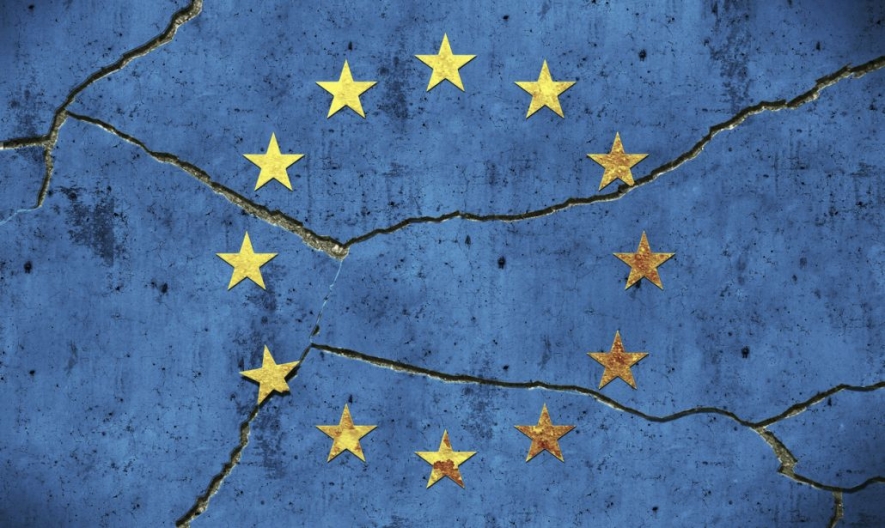 Francesco Corti The left is united, the right is divided on social cohesion and progress

Cohesion and social progress feature as prominent objectives in the European Union (EU) Treaties. In article 3 Treaty on the European Union (TEU), the Union is conceptualized as a ‘social market economy’, aimed at full employment and social progress, committed to combating social exclusion and discrimination and to promoting social justice and protection. This ambitious and often neglected mission strengthens or weakens depending on each parliamentary session. But how do Members of the European Members vote on social Europe? Whether in Strasbourg or in Brussels, it is easy to think that MEPs vote according to their position in the left-right political spectrum or to their sceptical or Europhiliac attitude towards EU institutions. A joint study conducted by the University of Milan and by the University of Aosta Valley shows that there is more to the picture than meets the eye. In particular, opposing political factions often make for strange bedfellows. Here is why.

European acquis and the decline of the Eu social mission

In spite of the set of social objectives and principles contained in the Treaties, and although the ensemble of supranational policies with explicit social purposes form the so-called EU social acquis – i.e. a shared set of rights, duties, and objectives binding member states together – the European Union has been harshly criticized because of its ‘social deficit’. A bulk of recent studies describes in negative terms the debasing, decline, and dismantling of Social Europe. These studies especially criticize the lack of a European social policy agenda, the progressive decrease of legislative initiatives proposed by the European Commission, the promotion by the Commission of a policy agenda focused on liberal market building at the expense of socially minded regulation, and the structural subordination of social rights to the economic freedoms and to the tight budgetary constraints imposed by the economic governance of the Economic and Monetary Union.

The displacement of Social Europe, which occurred in the past three decades, contributed to a mounting dissensus towards the Union. The clash between nation-based needs of social protection and EMU-induced austerity and spending cuts has rapidly escalated and has entered the electoral arena, where it is generating a new, turbulent cleavage between pro- and anti-EU actor coalitions.

While the literature has broadly focused on the mobilization of political parties in defence of national welfare states against the EU’s “intrusiveness” in domestic decision-making, as well as on the heightened politicization of EU affairs at the domestic level, less attention has been paid to the ‘politics of Social Europe’, namely to the configuration of political conflicts over social integration at the EU level. In short, the question is: who is in favour and who is against Social Europe? A good starting point to answer this question is the study of voting behaviour in the European Parliament.

The European Pillar of Social Rights

On 19 January 2017, the Members of the European Parliament (MEPs) voted on the report on the European Pillar of Social Rights (EPSR), the flagship social initiative launched by the then-president of the Commission, Jean-Claude Juncker, with the aim of strengthening the social acquis of the European Union and fostering a new upward convergence of social and employment rights primarily within the Eurozone. The content of the EP resolution on the Social Pillar, prepared by the socialist MEP Maria João Rodrigues, was ambitious and directly called for the introduction of concrete binding actions in the legislative, coordinative, and financial area. By touching upon all the dimensions of Social Europe, the resolution offers a unique viewpoint from which to investigate the political conflict over Social Europe and therefore answer our question on the politics of Social Europe.

In this respect, the traditional literature on party politics and voting behaviour both in the European Parliament argues that the political conflict is mainly one- or bi-dimensional. Notably, many scholars argue that the most important dimensions of conflict within the European Parliament are usually explained by the “left versus right” and “pro versus against EU integration” divides, while national interest plays a less important role in actual voting behaviour.

This interpretation, however, does not seem very convincing. In fact, the many new EU-integration crises suggest that a more complex conflict configuration might have emerged in recent years. This is especially true as far as the social dimension of the EU is concerned. As Maurizio Ferrera argued, the increasing difficulties in reconciling the social and economic dimensions of the European integration process – especially after the Euro crisis – have led to the emergence of a “clash syndrome” in which old but exacerbated political divides overlap or intersect with new ones.

New territorial divides criss-cross the traditional functional conflict between left and right and between pro and against EU integration. On the one hand, a new tension emerged between creditor and debtor Member States on issues of fiscal discipline and cross-national economic redistribution and stabilization. On the other hand, a second new tension emerged around the issue of free movement and access to domestic welfare, pitting high-wage Member States against low-wage Member States.

A quick look at the distribution of the vote on the Social Pillar immediately unveils that a rather unusual coalition was officially built among the major European Parliamentary Groups in support of the resolution, ranging from the far-left (GUE-NGL) to the centre-right (ALDE and EPP) of the political spectrum.

While, at a first glance, the traditional divide between left and right seems to explain the outcome of the vote, it does not explain the peculiar stances of ALDE and EPP MEPs: liberals and Christian-Democrats split into two sub-groups (one in favour of and the other against the resolution). Similarly, although the divide between pro vs against EU integration accurately predicts the vote against from the right-wing EP groups, it does not hold for the GUE/NGL group, which, despite being traditionally counted among Eurosceptic political forces, largely voted in favour of the resolution on Social Pillar.

Beyond the support of the GUE/NGL group, which could be easily explained in light of their being a left-wing group, the position of some MEPs belonging to the EPP and ALDE groups appears puzzling and requires further interpretations. To account for this outcome, we look at the territorial distribution of votes by focusing on ALDE and EPP national delegations that voted against the line backed by their group (Fig. 2).

Figure 2 shows that all the “rebel” Christian-Democrat and liberal MEPs come from Northern and Eastern European countries. By contrast, Italian, French, Spanish, Portuguese, Greece, Maltese and Cypriot EPP and ALDE delegations voted in favour of the resolution, together with Socialist and Democrat (S&D) MEPs. Therefore, figure 2 seems to suggest the emergence of two territorial divides within the EPP and ALDE groups, namely that between creditor and debtor national delegations and that between Western and Eastern delegations.

A quick look at the specific issues of the parliamentary resolution on which liberal and Christian-Democrat MEPs split immediately confirms our expectations. For instance, if we look at the amendments tabled in the parliamentary committee, we notice that by EPP and ALDE MEPs from creditor countries show a clear positioning against proposals regarding cross-national economic redistribution and the weakening of fiscal discipline. By contrast, liberal and Christian-Democrat MEPs from debtor countries either strenghtened or supported the proposals contained in the draft resolution. At the same time, we noticed that Central and Eastern European national delegations belonging to EPP and ALDE groups opposed the ones of their Western popular and liberal colleagues on such issues as labour mobility, wage convergence, and accss to national social security system.

To sum up, the analysis of the parliamentary vote on the Social Pillar unveils the existence of a complex political constellations around European social and employment policies. Contrary to the traditional literature, which characterizes the conflcit over EU integration as mainly bi-dimensional, we observe that two new tensions – the “creditor versus debtor countries” and “high-wage/high-welfare” versus “low-wage/low-welfare” Member States – emerge in the debate on social Europe. These four tensions do not overshadow each other but rather criss-cross and combine in what can be described as a complex clash syndrome. While the combination of functional and territorial divides certainly makes the possibility of reaching agreements more complicated, it could also pave the way to the emergence of new political coalitions through the “criss-crossing” of multiple tensions.

To go back to our initial question on who stands in favour or against Social Europe, the answer can only be: it depends – it depends especially on the issue under debate and on the possibility to create a horizontal supporting coalition.

Francesco Corti is postdoctoral researcher at the department of political and social science of the University of Milan and associate researcher at the Centre for European Policy Studies. Expert in European social and employment policies and EU economic governance, Francesco provided research and advisory services to various Brussels-based think tanks and EU institutions, included the European Commission, the European Parliament, the European Court of Auditors and the European Economic and Social Committee. His research largely focuses on European social and employment policies, EU economic governance, EU budget, social investment and comparative welfare state.

Discipline, intolerance, and (oscillating) institutional confidence during the pandemic: public opinion in the time of COVID-19
Rights, Knowledge and Truth (with Lani Watson)
“You’re a populist!” The success of a political insult in recent UK history
Health and fiscal policy: European responses to the first wave of the COVID-19 pandemic
How citizens see political parties
Usa 2020: why Trump is bound to lose (or to election rigging)
What (and how useful) European agencies are
Debt, GDP, and SGP: who is in charge between the Council and the Commission
Blaming the government: global crises and economic voting
Who's old? Redefining old age with Sergei Scherbov
More
All Contributions