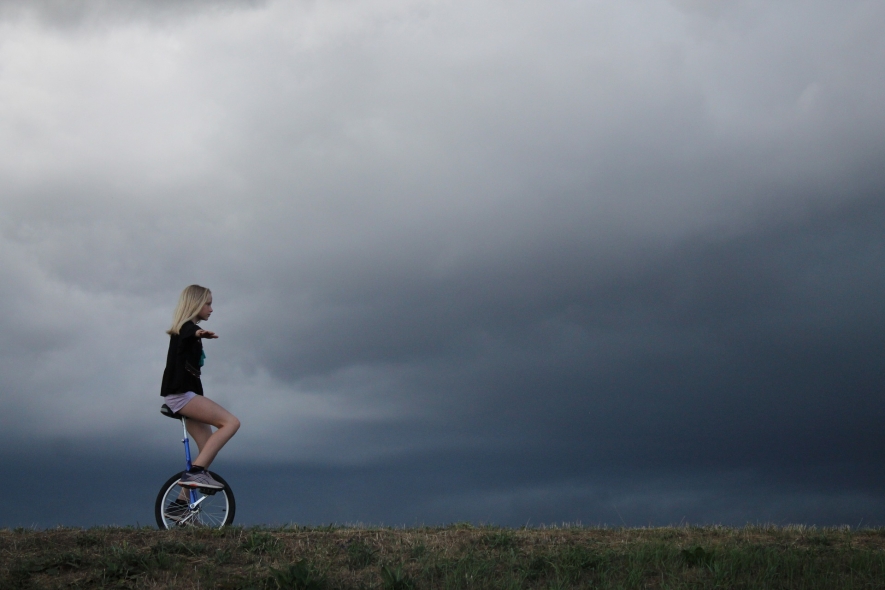 Discipline, intolerance, and (oscillating) institutional confidence during the pandemic: public opinion in the time of COVID-19

Giulia Dotti Sani How Italian people responded to the virus and to the government. A large-scale survey by the SPS Trend lab

In little more than one year, over one hundred and five million people tested positive to COVID-19 and over two million have died from it. In Italy, the death toll has topped 90 thousand. What role can the social sciences play in the face of such a devastating virus? Identifying and understanding the social, economic and political consequences of a crisis that is shaking the world since 2019 is certainly a challenge. This task is all the more complicated as the virus spreads rapidly, and containment measures change accordingly to face a mutating situation. Countries around the globe have gone through months of emergency and uncertainty, shifting back and forth from situations of (near) normality to (more or less) restrictive lockdowns.

Italy was at the forefront of the crisis, being the first European country to be hit by the pandemic in February 2020 and to enter a very strict lockdown that kept millions of Italians at home for nearly three months. It therefore represents a unique case to answer important questions regarding citizen’s behaviors and opinions during a time of unprecedented crisis: How did Italian citizens react to the health emergency? How strictly did they comply with the containment measures? What were their evaluations of the government and its strategy to contain the virus? What did they think about the performance of the health care system and the local governments?

It is with these questions in mind that the SPS Trend Lab at the University of Milan developed ResPOnsE COVID-19, a survey aimed at monitoring public opinion during the pandemic. Unlike other cross-sectional surveys that were fielded during the same period, ResPOnsE COVID-19 adopts a Rolling Cross Section (RCS) design, typically used to study electoral campaigns, which allows researchers to monitor short-term dynamics in public opinion. In short, the survey consists of collecting standardized interviews on independent daily samples over a given period; in this way, daily variations in public opinion can be captured that could not be properly assessed otherwise.

The ResPOnsE COVID-19 survey by the University of Milan

During the first wave of the survey, fielded between April 6th and July 9th, more than 15,700 interviews were collected via CAWI (the most widespread software for online surveys), spanning over a wide range of topics including behavior compliance (e.g., staying at home, social distancing, wearing masks), attitudes towards the economy and media use, evaluation of the government and trust in institutions, perception of the risks related to the COVID-19 crisis, personal well-being, opinions about science, and political attitudes. The core questionnaire also captured socio-demographic characteristics such as age, gender, position in the household, region of residence, employment status, level of education, and feelings about household income.

Additional rotating modules were included with a focus on specific topics such as religious attitudes, behaviors, and beliefs; attitudes towards democracy and European solidarity; attitudes toward the role of the state and the market in times of crisis; the socio-economic costs of the crisis with a focus on gender. Figure 1 shows an overview of the survey timeline for wave 1. (A detailed description and discussion of the design of the first wave of the survey can be found in a special issue of the Survey Research Methods journal dedicated to research methods in the corona crisis).

To further monitor the development of the Italian public opinion as the health emergency unfolded, a second wave of the survey was fielded in 2020, followed by a third wave in February 2021. In all three waves, samples were drawn from the opt-in online community of a commercial research institute (SWG S.p.A), stratifying by macro-area of residence and, subsequently, applying quotas for gender, age class and level of education. Due to the non-probabilistic sampling method adopted, point estimates of the data cannot be generalized to the Italian population. Nonetheless, the data provides key insights into one of the most critical and uncertain periods of recent Italian history.

The first wave: from discipline to tolerance to lack of discipline

A critical finding of the survey relates to the respondents’ behaviour and compliance with the containment measures imposed during the first lockdown that occurred between March and May 2020. The results reveal that subjects initially were extremely disciplined and followed the restrictions very closely. Over the weeks, as the level of infections decreased and the restrictive measures were loosened, respondents progressively returned to their normal activities outside their homes (see Figure 2a). Correspondingly, we observe a decrease in the adoption of such measures as social distancing, wearing masks, and washing hands frequently (Figure 2b), as well as an increased intolerance towards limitations to personal freedom (Figure 2c). However, once the first lockdown ended, subjects also increasingly asked for a return of more restrictive measures (Figure 2d). These recurrent changes in attitudes are possibly at the basis of the second wave of the virus that hit the country after the summer.

In terms of attitudes toward institutions, public opinion expressed ambivalent orientations. Trust in the national parliament remained low and even decreased somewhat during the crisis, while the image of the European Union improved. The interviewees also displayed a positive evaluation of the government’s decisions regarding restrictive measures, while they were much more critical about economic ones. Accordingly, respondents were found to be very concerned about the national economy, with four Italians out of five finding that the economy had worsened since the beginning of the pandemic (Figure 3a). Furthermore, over time subjects became progressively more inclined to believe that the government should take action to protect the economy more than public health (Figure 3b). This trend ran parallel to the feeling of reduced risk of infection that accompanied the improvement of the health emergency during the summer. Nonetheless, feelings of uncertainty and fear were common across the country, even in the areas less hit by the first wave of the pandemic.

A double-edged sword: a sense of safety can expose you to higher risks

Overall, the months of the first wave of the COVID-19 pandemic in Italy can be thought of as a collective crisis that spared no one. Most of the interviewed subjects knew someone who tested positive, was quarantined, or had died with COVID-19, and even those who were not directly hit in terms of health had to face the economic consequences of the pandemic. The severity of the second wave that hit Italy in Fall 2020 is likely to have exacerbated this tendency.

Special attention must be given to the public acceptability of the containment measures during the COVID-19 pandemic as well as to the role played by institutional confidence and specific political support. Trust in institutions proved to be positively associated with support for the performance of the Prime Minister as well as for that of the regional institutions in the North West, which in turn raised the likelihood of following restrictive measures. However, in the same regions, the appraisal of the regional system’s performance also had a direct positive effect on the perception of being safe from the virus, decreasing people’s compliance with the restrictive measures. The results highlighted the crucial role of both national and local institutions. The higher the perception of safety, the more likely it is to lower one’s guard and get infected. Thus, even when trust in institutions is reasonably high, “one-size-fits-all” measures might not be sufficient to reach the desired goals as people may react to them very differently in different contexts.

Religion as a coping strategy in a time of crisis

ResPOnsE COVID-19 data was also used to study the extent to which subjects resorted to religion to cope with the feelings of insecurity that were provoked by the COVID-19 pandemic. Respondents who reported a COVID-19 case in their household also displayed a higher religiosity, both in terms of attendance at religious services (via web, radio, or tv) and of prayer during the pandemic (Figure 4). This holds primarily for those who received religious socialization during their childhood, thus reinforcing our knowledge about the key role played by family transmission in shaping religious beliefs and behaviors as well as in providing individuals with religious coping strategies. These findings suggest that a short-term religious revival may arise under dramatic circumstances, even in contexts where the process of secularization is ongoing.

Women hit hardest by the pandemic (especially in Italy)

An international collaboration with the University of Konstanz, which fielded a survey comparable to ResPOnsE, allowed the University of Milan to test whether changes in women’s and men’s contributions to household income in Germany and Italy during the COVID-19 pandemic were associated with changes in unpaid domestic work. As shown in Figure 5, in both countries women bore the highest costs of this, as care and parenting work increased considerably for them. In a time of crisis, women lose comparatively more jobs. As a result, unwaged women have less bargaining power, and they end up performing more domestic labor than the breadwinners. While this effect was identified in both countries, it has been greater in Italy, possibly because Italy was hit earlier by the pandemic wave, but also because access to part-time jobs that allow women to juggle family and work is easier in Germany. Either way, Italian women were hit harder than men by the COVID-19 pandemic.

Giulia M. Dotti Sani is an Assistant Professor in the Department of Social and Political Sciences at the University of Milano. She has a Ph.D. in Sociology and Social Research and her main research interests are sociology of the family, female employment, and social stratification. She also works on public opinion and political participation from a comparative perspective. She mostly works with large individual and household surveys, both longitudinal and cross-sectional (e.g. EU-SILC, ESS, ISTAT Household Survey).

Feminism in the discourse of right-wing female MPs
Late and ahead. How parents' age affects their children's education
Debt, GDP, and SGP: who is in charge between the Council and the Commission
Blaming the government: global crises and economic voting
Migrants, 3 out of 4 know someone dead during the backway journey but try it anyway: "Supernatural beliefs make people take risks"
Hawks and doves: how Italian parties vote on foreign military operations
“The legacy of fascism? Like a Karst River ready to resurface”. An interview with Andrea Ruggeri
If you leave me, valence is the key
Does the euro make us feel more European?
Dating apps: love in the time of algorithms
More
All Contributions