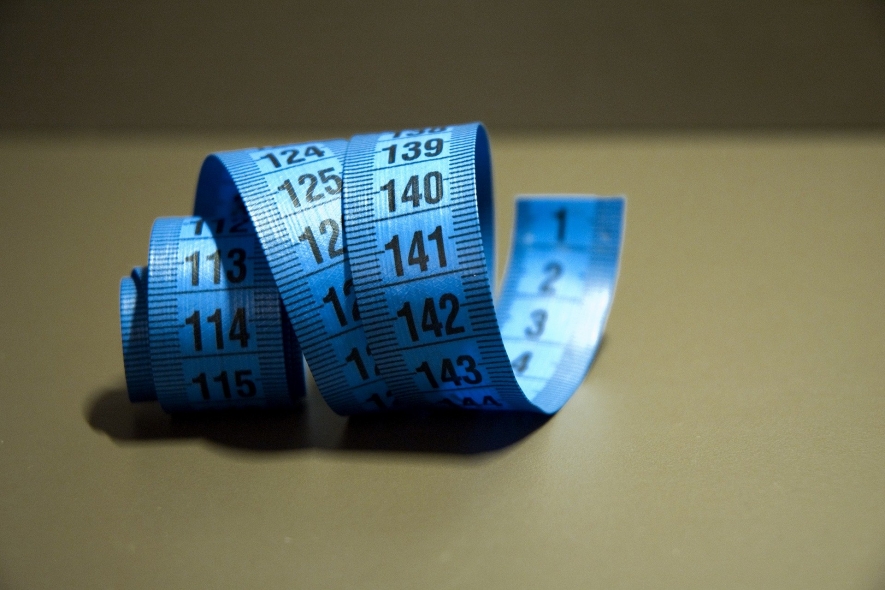 Does size matter? The consequences of shrinking the Parliament

Fabio Franchino The proposed constitutional reform will not turn the Italian case into an anomaly, but the scientific literature has something to say about its consequences for public spending and the party system. Why do turkeys vote for Christmas?

Four years after a referendum rejected the Renzi-Boschi constitutional reform, Italian voters are called upon to express their opinion on a bill reducing the number of lower-house members from 630 to 400, and the number of elected Senators from 315 to 200. If passed, the bill would reduce the total number of legislators from 951 to 606 (inclusive of 5 senators for life). Representation will change from an average of 1 MP every 63 thousand citizens to 1 every 100 thousand.

The reform will not turn Italy into an anomaly

The reformed Parliament will be no aberration, both within the European context and among the most developed countries.

In Europe, MPs represent only 38,000 citizens on average, but this includes many small countries in which Parliaments have a very high representation rate (i.e. the ratio between the population and the number of MPs). Iceland has a population of 350,000, of which 63 are members of the Althing – the oldest functioning Parliament in the world, formed in the 10th century. This means that Iceland has more than one legislator every 6,000 citizens.

As Figure 1 shows, the reform would draw the representation rate of the Italian Parliament close to that of the German Bundesrat, despite the fact that Italy has 23 million fewer citizens than Germany, and farther away from that of the Parliament in France or in the UK – which have a similar population size.

These comparisons are not without limitations. The French Senate, the UK’s House of Lords, the Dutch Eerste Kamerand other higher chambers all have limited powers. More often than not, their members are appointed or indirectly elected by regional government officials. The national government does not require their support and cannot receive a vote of no-confidence from them. Legislative powers are seemingly balanced between the two houses, but the lower house can generally impose its will when conflicts between the two houses become incurable.

Unlike in Italy, when Parliamentary rules cannot mitigate the contrast between the French Senate and the Assemblée Nationale, the latter can pass a law without the Senate’s approval. (This weakness in Parliamentary negotiation has been analyzed into detail by George Tsebelis and Janette Money, two of the most prominent scholars of bicameral systems).

In other words, in asymmetric two-house systems where the two chambers do not have equal roles, higher houses do not offer voters the same representative power. Figure 2 expands Figure 1 to asymmetric systems: representation rate is based exclusively on the number of members of the most powerful house. If we exclude the higher houses of France, Spain, the UK, and the Netherlands, the analyzed countries would have a lower representation rate than Italy – even in the event that the new reform will be implemented.

Finally, if we include all OECD countries with a population of more than 10 million (Figure 3), we can appreciate how the reform would not have a disruptive impact.

Expectedly, the most populous countries (like Japan or the U.S.) have lower representation rates than Italy would have after reform. But the same applies also to less populous countries such as Australia and South Korea. (It should also be noted that Australia’s and Japan’s Parliamentary systems are comparable to Italy’s).

On a global scale, the size of a legislature is approximately equal to the cube root of the population at the time of its creation, but all major European countries have bigger Parliaments than this.

The bizarre majoritarian effects of the reform

Ceteris paribus – i.e. all other factors affecting election results being equal – the reform entails majoritarian representation as an effect of the algorithmic allocation of seats based on votes. A party who wins, say, 10% of votes, will get 10% of seats in the Parliament. But a shrinking in the size of the Parliament would make such proportion less accurate (ceteris paribus) to the detriment of smaller parties.

To give an example, election to the Dutch Tweede Kamer has a highly proportional representation, having only one constituency for all 150 elected members. Parties must win at least 0.67 percent of votes (100 percent divided by 150 members) to win at least one seat. If the house were reduced to 95 members, the threshold would rise to 1.05 percent. A party representing 1% of voters would win a seat in the current situation, but not in the hypothetical one just described.

This might look like a tiny difference. However, such disproportion is likely to affect majority voting systems more dramatically. In the recent election, UK Tories got 56.2% of seats in the House of Commons having won 43.6% of votes. Lib Dems, on the other hand, had to settle for 11 seats (i.e. 1.7% of the total number of seats) despite having won 11.6% of votes.

Suppose we rerun this election after reducing the number of constituencies from 650 to 414 while keeping the electoral results intact. The percentage of seats assigned to each party would depend solely on how the boundaries of the new constituencies are expanded, i.e. on the political geography of the new districts. It is entirely possible that the expansion of a constituency with a Lib Dem majority would include proportionally more Tory or Labour voters than Lib Dem voters, therefore obstructing a Lib Dem victory.

Italy has a mixed voting system. The reform would therefore have a moderately majoritarian effect that would penalize smaller parties – especially if their voters are evenly distributed across the whole country. But this will also depend on the design of the new constituencies as well as on the new rules for the Senate house, which would have a reduced representation rate in proportion to the size of regions.

This does not mean that, if the reform is approved, a majority system will come into effect in the next election. The reduction of the number of MPs does not per se affect the voting choices of the electorate. Instead, the reform might discourage the founding of new parties. However, Italian politicians seem  more inclined to make their voices heard as leaders of small parties than as members of bigger ones, regardless of the electoral rules that stand in the way of their success.

Let us now move on from the majoritarian effects of the reform to discuss the issue of public spending. In this context, public savings are not the core issue: a smaller Parliament would only reduce its costs by 500 million per year – a negligible amount compared to the overall public expenditure: € 871 billion in 2019 (including 61.3 billion in debt interest costs), equal to 48.7% of GDP.

What is more relevant here is whether a link exists between the size of the legislature and public spending. According to Barry Weingast, Kenneth Shepsle, and Christopher Johnsen, there is such a link. In 1981, the three scholars introduced what they somewhat inappropriately called the “law of 1/n”, according to which an increase in the number of legislators would imply an increase in public spending.

The mechanism that produces this outcome is the so-called “tragedy of the commons” – the study of which has led to Nobel prizes being awarded to various scholars. According to this theory, elected officials consider the tax base as a common resource that they can spend in their own constituency. In this perspective, each constituency would benefit entirely from the spending. However, all constituencies would pay only a fraction of the costs – around 1/n, wherein nis the number of constituencies – which officials will tend to underestimate anyway. Therefore, as the number of legislators increases, the fraction of costs borne by each constituency will diminish while public spending (and fiscal inefficiency) will increase.

This assumption suggests interesting connections between electoral systems, the organization of governments, and public spending. But for present purposes, let us focus exclusively on the size of the legislature. A 2001 study conducted by John Bradbury and Mark Crain on 35 democratic countries found that a 1% increase in the size of the Parliament is correlated with a 0.1% increase in public spending as a percentage of GDP. (This effect is stronger in single-house Parliaments.)

If this were true, the reform would imply saving the same amount of money as debt interest costs – a considerable sum. Nonetheless, other neglected factors may account for these differences in public spending. In fact, recent research using quasi-experimental techniques to study city spending led to contrasting results.

In short, the idea that reducing the number of MPs will definitely imply more efficient spending is wishful thinking.

Why do turkeys vote for Christmas?

The scientific literature has shed some light on the consequences that the reform would have on the political system as well as on public spending. But since uncertainty remains, one might ask why MPs would pass a law that goes against their own interest. Kristof Jacobs and Simon Otjes have tried to answer this question. After collecting data spanning over two centuries of reforms, they have shown how economic recessions are most significantly correlated with a reduction in the size of legislatures.

Jacobs and Otjes provided two possible explanations for such correlation. On the one hand, political elites may have tried to react to widespread dissatisfaction following economic recession in the attempt to win back the support they had lost. Reforms would thus represent a small but symbolic effort in reducing the costs of politics.

On the other hand, reforms can be more cynically seen as smokescreens aimed at hiding the inability of government to resolve complex problems.

How citizens see political parties
Prof. and social networks: "Freedom yes, but not to discriminate" - 5 minutes with Francesco Zucchini
Debt, GDP, and SGP: who is in charge between the Council and the Commission
Male managers, female officials and scientists aged over 60
Discipline, intolerance, and (oscillating) institutional confidence during the pandemic: public opinion in the time of COVID-19
How the opportunity of policy change shapes electoral behaviour
Women on the front line against Covid-19: 8 in 10 hospital employees are female, but very few of them move up the ladder
How to get voters to the ballot box in an era of permanent campaigns
Prof. and social networks: "Regulating the life of teachers outside the Academia? It's not the army" - 5 minutes with Antonella Besussi
From Capitol Hill to vaccines, fake news is a matter of trust
More
All Contributions