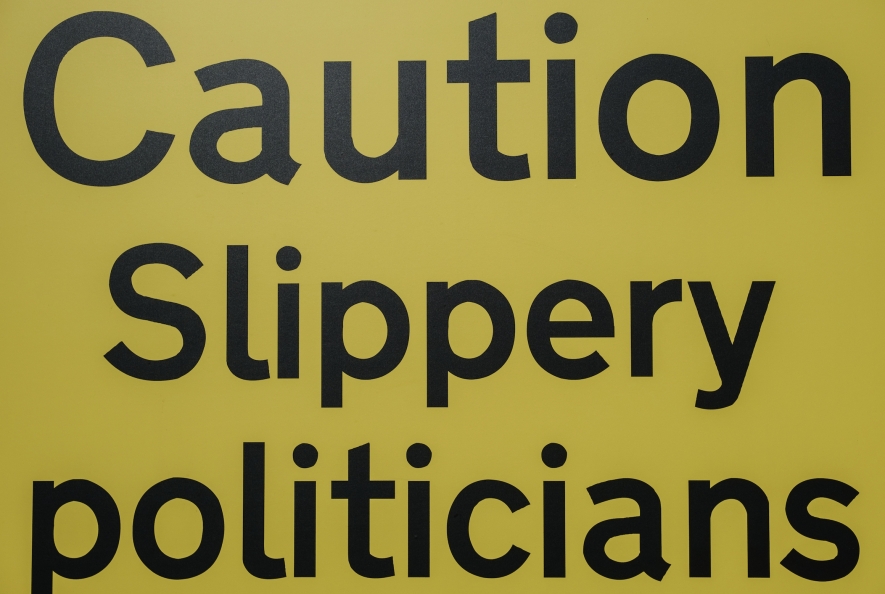 Are politicians to blame for populist turncoats?

Corrado Fumagalli Why there can be no populism without a people

In the past few months, sudden changes in political affiliation have become routine. While many have seen this as a strange mix of need and opportunism, others have been baffled by the ease with which leaders adapt to political changes. The populist crowd has been especially criticized on the grounds of its contradicting stances and changes of mind. From the point of view of political philosophy, times like these can shed light on some of the mechanisms of populist communication.

How to win over voters (and move away from their politics)

In a recent article, Michael Saward wrote about “shape-shifting representation,” i.e. the (shifting) positioning of representatives before a constituency by means of claims or actions. This dynamic theory of representation is based on space and time indicators – wherein “space” refers to a constituency whose members share interests and political stances, and “time” refers to the co-occurrence of two events. Combining spatial and temporal indicators, Saward accounts for the ways in which a politician can send conflicting messages (or a single message with different overtones) depending on the audience. Shape-shifting representatives, Saward argues, need to appear to be different things to different people at different times.

Consider, for instance, a progressive MP who supports some new environmental policy. Suppose that voters in one constituency have mobilized against the proposed construction of a wind farm. The MP will then adapt his or her position, e.g. by stating that “wind power is not suitable for the area,” while in a different area he or she may state that it is “the right thing to do.” Using “dog whistle politics,” some other representative may make a seemingly neutral claim that has different meanings for different audiences, thereby winning over groups of voters with opposite views.

Saward’s theory accounts for the U-turns of politicians as well as for the rhetorical ruses which they employ to appeal to different audiences at once.

True populists build an idea of the people

The political theory debate has repeatedly focused on the ease with which populist leaders realign themselves to become more ideologically attuned to their audiences. Political movements – both smaller and larger ones – make use of a variety of communication strategies which may be called “populist appeals.” Public statements, interviews, written statements, and speeches may all be instances of populist appeals.

However, the literature shows that populist leaders do not merely try to appeal to limited groups of voters. True populists build an idea of “the people.” In order to be credible, this idea must represent a wide spectrum of citizens who are capable to set aside their disagreement and share a common identity. The literature on populism has stressed that populist communication aims at bringing together the widest variety of stances, and that it sharply demarcates between the “insiders” and “outsiders” of the group.

An all too strict application of Saward’s theory would ascribe any change in political positioning solely to the action of representatives. In a similar vein, especially in the light of the volatile politics and strong leadership of populist representatives, much of contemporary political theory has focused on the charisma and personality of politicians. In this way, populism has been identified as a light ideology – as a style, a discursive framework, a logic, or a distortion of liberal democracy. For all their differences in terms of philosophical assumptions and normative implications, all these views insist on the centrality of the person who speaks.

Such an approach neglects the peculiar, unmediated relationship between populist leaders and their audiences. On this view, audiences would be nothing but manipulable and gullible crowds. While leaders set the rules of the game and position themselves in the public debate as they please, voters are passive listeners who can only make their voice heard in the ballot box.

Nonetheless, the very idea that representatives need to adapt to different audiences presupposes that an uninterrupted exchange takes place between voters and their representatives. As Michael Kazin argued, populist leaders build “the people.” They do this by carefully selecting a set of issues, concepts, topics, tropes and images within society. On this ground, they create a sense of belonging by appealing to heterogeneous groups of voters at the same time.

A different account of the relationship between populist leaders and their audiences is thus required. One option is to view voters and their representatives as two poles in a conversation in which everybody gives and takes something. A conversation is a cooperative form of interaction that stretches over time to pursue a shared goal. All parties involved are both speakers and listeners.

Populist appeals are speech acts through which representatives achieve two things at once: 1) bridging the gap with voters, and 2) tying together groups of voters who are unrelated to one another, may disagree on many issues regarding collective life, decide to set aside their differences, and agree to share a common identity.

In order for populist appeals to be truly unifying, populists should pay special attention to the common sense and become acquainted with their audience’s expectations. The audience can thus circumscribe and alter the acceptability of populist appeals. The audiences’ inputs, too, are a special kind of speech acts: they are “conversational exercitives” or, speech acts that can exercise some power in a conversation.

Exercitives establish what can be said in a conversation. Typically, they reveal that those who set the rules have more exercitive power: one of the two parties claims a more or less arbitrary right to establish norms and therefore lead the conversation, albeit temporarily.

Audiences are behind allegiance shifts

If we assume that the audience-leader relationship can be viewed as a conversation, that populist appeals aim at achieving two things at once, and that the audience’s inputs are conversational exercitives, then we cannot blame all changes in allegiance or affiliation on politicians.

From this point of view, the audience establishes what counts as a valid conversational move. The populist audience is thus part of an inverted power relationship in which it is responsible for its own political shifts.

Refugees and migrants: how and why Europeans like reception more than is thought
Behind your favorite playlists: Spotify, Apple Music, Tidal and the rest
Migrants, 3 out of 4 know someone dead during the backway journey but try it anyway: "Supernatural beliefs make people take risks"
How to get voters to the ballot box in an era of permanent campaigns
Imperfect bicameralism: one in five bills passed by the lower house is not enacted into law by the upper house
NaspRead News, Covid-19 special edition
What self-employment (really) means for women and men
Usa 2020: why Trump is bound to lose (or to election rigging)
Women on the front line against Covid-19: 8 in 10 hospital employees are female, but very few of them move up the ladder
Blaming the government: global crises and economic voting
More
All Contributions