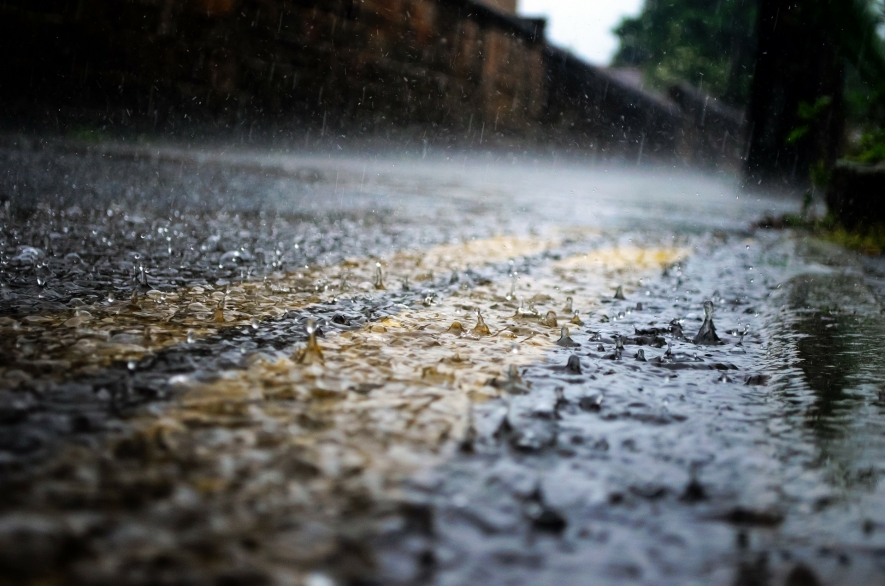 - Marco Giuliani (2019) “Economic vote and globalization before and during the Great Reion”. Journal of Elections, Public Opinion and Parties;

- Marco Giuliani (2019) “Benchmarking or spillovers. The Economic vote before and during the Great Recession”. Quaderni di scienza politica 26(3), 383-408;

- Marco Giuliani (2020) “Economy or austerity? Drivers of retrospective voting before and during the Great Recession”. International Political Science Review.

A common Italian exclamation goes: “It’s raining, damn government!” When things go bad, blaming the government is almost inevitable. And the economy is certainly a better indicator of things going bad than is the weather. This is what economic voting is all about.

When the economy is stagnating or unemployment is high, voters tend to punish the government as soon as they have a chance to. This is a convenient cognitive shortcut to express one’s opinion on the government’s policies, and it is also a way to channel political unsatisfaction through the ballot box.

As a cognitive shortcut, economic voting is not exclusively (not even primarily) based on the voters’ personal situation – the well-being of their families, their employment status, etc. It is also based on the broader national context. This is referred to in the political science jargon as a sociotropic rather than egotropic attitude towards the economy.

Economic voting is also independent, at least in part, of political preferences. These do not disappear completely, yet a considerable part of the electorate votes according to the economic performance of their country rather than to their own ideological proclivities. This has systematic and observable consequences on the voting behavior of the entire population. Evidence that economic voting is significant abounds: the growth and unemployment rates are always inversely proportional to the percentage of votes lost by the parties in government.

The Great Recession as a testing ground

A Great Recession began in 2007-2008 with the subprime mortgage crisis and the collapse of the U.S. real estate market. The Recession provides the ideal testing ground for economic voting theory. When else would the economy influence voting behavior if not amidst a deep and enduring crisis? Data on the economic performance of a number of democracies as well as on the electoral defeat of their governing parties support the theory. Governing parties lost on average 0.5 percent of votes for each 1% reduction of each growth or each 1% rise in unemployment in the Great Recession period.

The Great Recession also raises research questions unrelated to the ordinary economic conjuncture, the answers to which are less trivial. One may ask, for instance, whether a country’s economy may decline beyond the threshold of a global crisis in a way that does not impact voting behavior. Does an increase in the unemployment rate from, say, 20% to 22% of the total workforce still affect electoral results?

The empirical evidence we collected shows that, with respect to unemployment, absolute figures matter more than short-term trends. In the many countries with double-digit unemployment rates, a 1-2% improvement of the situation before the election hardly ever translated into greater political support for the government.

Other issues concern the role of a country’s economic or political integration at the international level, as well as the impact of austerity on elections.

The effects of globalization before and after the Great Recession

Many studies conducted before the Great Recession showed that people in the most globalized countries were less inclined to blame economic tensions on the government. Many hypotheses have been advanced to explain this phenomenon. In globalized contexts, for instance, people may acknowledge that the state of the economy is not entirely dependent on governmental action. In those contexts, it is also more difficult to determine who pulls the strings of the economy. Moreover, the more economies are integrated with one another, the more citizens demand protection against the risks of economic integration. As a consequence, governing and opposition parties tend to campaign for similar policies, and voters have fewer reasons to reward the opposition and punish the government. Finally, integrated economies are all hit by swings in economic cycles to a similar extent. Therefore, citizens in those countries may be more inclined to discount the consequences of global economic turmoil. (This is called the “benchmarking” effect).

These hypotheses ordinarily apply to economic integration. But since international loans in Europe are conditional on the measures imposed by the EU and the IMF to face the crisis, why not hypothesize that political integration may have a greater impact on voting behavior then economic integration? The most politically integrated countries also have less sovereign power in policymaking; therefore, their citizens are more hostile to their government on accounts to their subservience to the transfer of sovereignty.

An analysis of the results of 168 elections held in 38 economically advanced democracies put these hypotheses to a test. The charts in Figure 1 show the marginal effect of unemployment on the percentage of votes won by government parties according to different levels of economic and political globalization.

The charts on the left show data from before the Great Recession. As one can see, unemployment only had a negative systematic effect (i.e. below the zero line) on the pro-government vote in scarcely globalized countries (especially those less globalized economically). By contrast, when political or economic globalization is high, the impact of the country’s economic performance on the electoral performance of the governing parties is not statistically significant – as shown by the negative and positive confidence intervals on the far right of the pre-Recession and post-Recession charts, respectively.

The charts on the right refer to the post-Recession period, and they tell a wholly different story. Globalization has had no mitigating effect on the electoral consequences of economic integration, and it has even exacerbated the consequences of political integration. While in the less integrated countries – a small minority – no economic voting could be measured and the rise of the unemployment did not have a measurable effect on the government’s consensus, economic voting increased in countries with tight political and institutional links, such as EU member states. Greece is a paradigmatic example of this pattern: in 2012, the governing coalition formed by PASOK, New Democracy, and the Popular Orthodox Rally lost 48% votes in the face of a 24.5% unemployment rate and of harsh constraints imposed by the Troika (the EU, the ECB, and the IMF).

The price of austerity: fiscal voting and economic voting

It would seem reasonable to assume that voters are unfavorable to tax increases or cuts to services, and that they therefore punish governments that implement such policies. Nonetheless, some economists have argued that citizens can be fiscally responsible within an ordinary economic conjuncture. But what happens when austerity policies are introduced during a global crisis? The study conducted by the University of Milan has tested the impact of both economic variables and fiscal policies on the electoral results during the crisis. Controlling for other factors such as the results of previous elections, differences in turnout, the composition of the government (single-party or coalition) yielded the results shown in Table 1.

Aside from the usual growth and unemployment rates, the analysis considered changes in primary balance (irrespective of the economic cycle) in order to measure austerity policies. A positive change indicates a reduced structural deficit and therefore corresponds to the implementation of harsher austerity policies. Before the Recession, economic voting was only triggered by unemployment, while the government’s fiscal policy had no significant impact. During the crisis, voting behavior is significantly affected not only by the two economic variables (i.e. unemployment and growth), but also by austerity policies. The stricter is austerity, the more the governing parties’ consensus reduces along with the country’s indebtedness.

This relation does not always hold to the same degree. Economic inequality, international obligations, and the structure of austerity measures all play a very important role.

Only in the most economically equal societies does austerity trigger “fiscal voting” against the government. In countries where inequality is stronger, it is more likely for losers (i.e. government opponents) to be hit hardest by austerity, while others are safer and therefore will keep supporting the government. Only in those cases where “everybody” suffer from austerity restrictions can a systematic effect on voting behavior be measured. Expectedly, fiscal voting is stronger in those countries where austerity measures have not been introduced by the government, but have instead been imposed from the outside in exchange for international loans. Finally, austerity measures which translate into spending cuts are electorally less problematic than those implying tax increases.

The Great Recession has sadly provided a testing ground for the confirmation, refinement, and expansion of economic voting theory.

Crises are exceptional by definition, and so is the Great Recession. But we ignore what consequences it will have on the voting behavior of the electorate once everything will be back to normal. Nor do we know what lessons we can learn for the next crises. Brexit, the pandemic, their effect on the global economy are all part of our collective, tragic present. All crises are different, yet there may be a pattern. We just don’t know it yet. Meanwhile, let’s bear in mind that it can’t always rain.

Marco Giuliani got is PhD in Political Science (1990) from the University of Florence (Italy), and is full professor at the University of Milano, where he teaches Comparative politics. He is mainly interested in the relationship between politics and economics, analyzing the electoral consequences of the state of the economy, and the economic consequences of different models of democracy.
back to top

"Our workers first!", labor mobility and chauvinism in Europe
Does size matter? The consequences of shrinking the Parliament
What (and how useful) European agencies are
Late and ahead. How parents' age affects their children's education
Migrants and integration: what the European Union can do
Prof. and social networks: "Regulating the life of teachers outside the Academia? It's not the army" - 5 minutes with Antonella Besussi
Mercenaries: efficient troops or murdering savages? The changing reputation of contracted soldiers
Are politicians to blame for populist turncoats?
Does the euro make us feel more European?
Hawks and doves: how Italian parties vote on foreign military operations
More
All Contributions