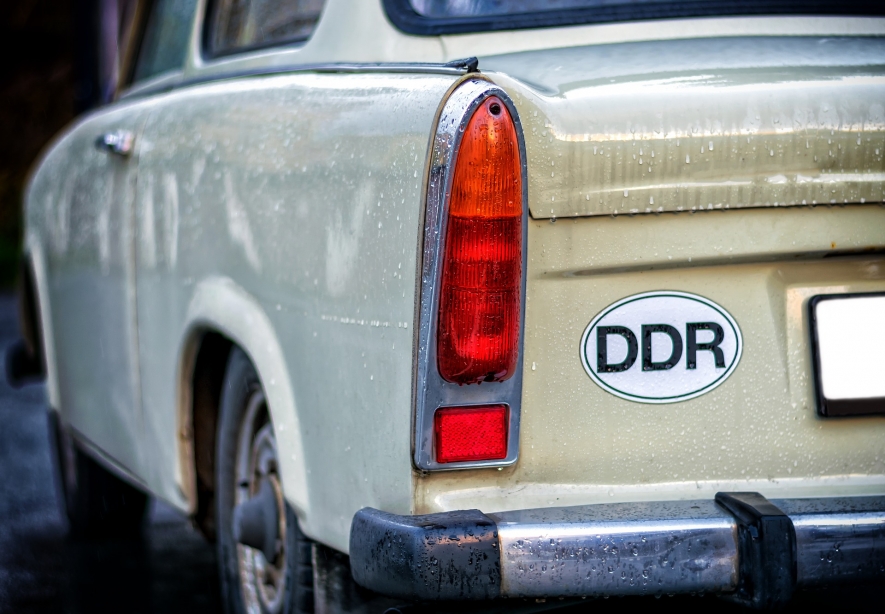 Links to scientific articles and books:

Thirty years ago, the Berlin Wall came down, and with it the “communist” regime that had held the East German “Workers’ and Farmers’ state” in its iron grip since the beginning of the Cold War.  A year later, the two German states were reunited.  The mood was exuberant, with Germany’s chancellor Helmut Kohl famously promising that the East German regions would turn into “flourishing landscapes” (blühende Landschaften).

Three decades later, the mood in Germany is far less giddy and excited.  Reality has sunk in, and that reality is sobering.  Things have not gone all that well in the east of the country.  With the dramatic gains of the far right in virtually all east German regions, these sentiments have taken on new urgency.

Ever since the formation of the Federal Republic in 1949, there was a broad consensus among the country’s political elite that there was no place in the new democracy for right-wing extremism.  And despite occasional regional successes of far-right parties, most notably the NPD and the Republikaner, the democratic consensus held remarkably well.  While in recent decades, most Western European democracies have had to contend with significant challenges from the radical populist right, Germany appeared largely immune to the populist temptation.

Ever since the federal election of 2017, this is no longer the case.  For the first time since 1949 – when the far right gained five seats in the newly formed Bundestag – a radical right-wing party entered the German Bundestag, promoting itself as the “alternative for Germany” (AfD).  The AfD gained support throughout Germany, nowhere, however, more than in the eastern part of the country.  In the state of Saxony, the party even managed to secure four direct mandates.  In subsequent regional elections in Brandenburg and Saxony earlier this year, the AfD confirmed its results from 2017, inflicting severe losses on the established parties.  The regional election in Thuringia at the end of this month is bound to reconfirm the AfD’s position as eastern Germany’s most formidable political challenger to the established parties[*].

There are a number of reasons for the dramatic gains of radical right-wing populism in the eastern part of Germany.  Ironically enough, economics is not on the top of the list.  To be sure, eastern Germany never turned into flourishing landscapes.  On the whole, the eastern regions have remained structurally weak, marginal to Germany’s economy.  Even after thirty years, they continue to lag behind the western part of the country.  In recent years, GNP per capita in the east was stagnating, at roughly 75 percent of the west.  Reasons for the east’s sluggish performance are, among other things, a decline in innovative capacities as well as the absence of large companies.  Arguably most important, however, has been a third factor – eastern Germany’s idiosyncratic demographics.  Over the past three decades, eastern Germany has witnessed a continuous exodus of younger, better educated individuals -- particularly young women.  In fact, Eastern Germany is a paradigmatic case of what MIT economist David Autor and his collaborators have – tongue in cheek – characterized as the “falling marriage market value of young men”. The result has been a shrinking and aging population together with a relative shortage of skilled workers.

Recent studies on the success of radical right-wing populist parties have increasingly focused on the role of emotions as central mechanisms between large-scale structural changes – such as globalization and automation – and electoral choices.  Radical right-wing populist parties have been particularly apt in mobilizing emotions, from anxiety, fear, anger and resentment to nostalgia. The experiences made by East Germans over the past thirty years have provoked a range of emotions, most of them negative. Representative surveys indicate that a large number of East German citizens still consider themselves “second-class citizens.”  There is a strong sense that westerners look down upon them, have little regard for their achievements and failed to recognize the impact the fallout from unification had on their lives and wellbeing.  Instead, westerners dismissed them as “Jammerossis” (yammer easterners) asking them “to get over it” and stop complaining.  After all, the west had invested billions of euros to rebuild eastern Germany’s ailing infrastructure and decaying cities; west German citizens had been forced to pay a “solidarity tax” (aka “Soli”) of 5.5. percent (since 1998) designed to partly cover the costs of reunification.   Yet easterners failed to show the appreciation and gratitude westerners expected.  Instead, they appeared to nourish nostalgic sentiments (known as Ostalgie) – a distorted, romanticized longing for an idealized past (i.e., the GDR) when life was simpler, most important things in life were being taken care of by the state (as long as one towed the line) and there was a strong sense of community.

The GDR was a country of “ordinary people” (ein Land der kleinen Leute) with an ordinary-people mentality.  Erich Honecker, East Germany’s long-time helmsman, was the perfect epitome of this habitus and mentality – a petty bourgeois sans charisma wearing badly fitting suits.  Promoting itself as the voice of ordinary people, the AfD’s anti-establishment rhetoric has fallen on fertile ground.  So has its nativist appeal, targeting Islam -- framed as an alien ideology incompatible with German values -- and refugees, a particularly grateful target for mobilizing resentment.  Refugees stand for everything easterners think has gone wrong in recent years.  One of the main grievances has been that “they got everything” upon arriving in Germany whereas “we” have to fill out dozens of forms for the most meager social benefit.  Everything is being done to integrate “them” while “we” are still waiting to be fully integrated.  Or as eastern demonstrators famously put it a few years ago: “Integriert erst mal uns” (first integrate us).

With its welfare-chauvinist program (“Germans first”) the AfD has positioned itself as the new “Ostpartei” reflecting the grievances of disenchanted, angry easterners.  In the process, it has largely supplanted the former PDS (now Die Linke), which has lost much of its former voters, not least to the AfD. So far, Germany’s political establishment and the media have painted the AfD as a racist, extremist, anti-democratic party.  This, however, has not prevented easterners from casting their vote for the AfD.  In fact, the mainstream’s strategy might have backfired, provoking a reaction of “jetzt erst recht” (now more than ever) while fueling new resentment similar to the response to Hilary Clinton’s “deplorables” remark.  The AfD’s recent dramatic upsurge in eastern Germany is a symptom of profound and wide-spread popular disenchantment.  As long as the roots of this disenchantment are not being addressed, the AfD is in a perfect position to exploit it for its own ends.

[*] Elections in Thuringia took place after the drafting of this article, on 27 October 2019. The AFD party has raised its votes by more than 12%. It is currently the second largest party in Thuringia with 24% of the seats in the state legislative assembly.

Debt, GDP, and SGP: who is in charge between the Council and the Commission
Prof. and social networks: "Freedom yes, but not to discriminate" - 5 minutes with Francesco Zucchini
The Euroskeptic vote grows with coalition governments
Imperfect bicameralism: one in five bills passed by the lower house is not enacted into law by the upper house
How citizens see political parties
Who's old? Redefining old age with Sergei Scherbov
Migrants and integration: what the European Union can do
Are politicians to blame for populist turncoats?
Late and ahead. How parents' age affects their children's education
How to get voters to the ballot box in an era of permanent campaigns
More
All Contributions