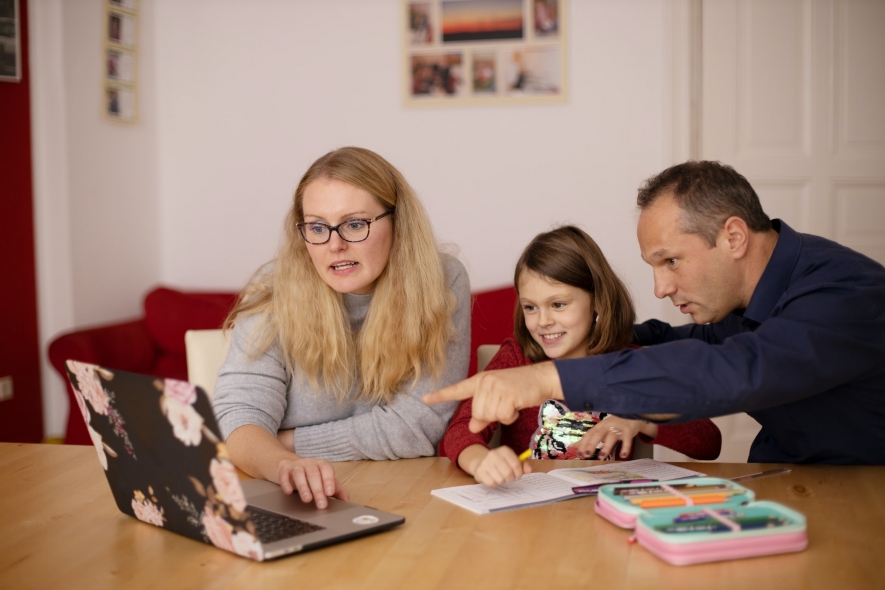 Late and ahead. How parents' age affects their children's education

Becoming a mother or a father: in recent decades, in Italy and other European countries, this happens later and later. People become adults later: they finish school later – especially women, who now graduate more frequently than men – and they enter the labor market later. Thus, they become parents later. The analysis of the consequences that this postponement may have for children is at the center of scientific debate in the medical, sociological, and demographic fields. The empirical results and views that have emerged so far are contradictory. Becoming a parent in adolescence is considered to be a cause of future disadvantage for children, both medically (low birth weight, stunting of growth during childhood, etc.) and socially (low levels of education, lower school skills, etc.). Postponing births until after the age of 35-40, on the other hand, seems to have negative consequences on the health side, but positive ones on the educational opportunity one. Becoming a parent at an older age may enable the accumulation of social, cultural, and economic resources that can be used for the growth and education of children, and it may also ensure greater maturity in caring for them and the adoption of the most effective parenting practices.

At what age does one become a parent and children's educational outcomes: the Italian case

A joint study by the Universities of Milan and Florence focused on a sample of 213,538 adolescents between the ages of 15 and 18 – Istat data from the Continuous Survey on Labor Forces (2005-2014) – to test different hypotheses. It was found that if a person becomes a parent too young, his/her children's educational outcomes suffer (Fig. 1). The negative consequences of having a child before the age of 20-25 emerge clearly when considering children's chances of being enrolled at a 5-year high school, thus avoiding strong disadvantageous situations, such as enrolling in 2-year or 3-year courses, which do not give college access, or even not attending during compulsory school years. Also affected is the possibility for children to choose a classical or scientific high school: attendance is usually followed by university enrollment. On the other hand, the results of the study seem to support sociological and demographic findings on a possible positive effect, on children's educational outcomes, of postponing motherhood and fatherhood until after the age of 35. Such positive consequences regard in particular the chances of attending the most ‘prestigious’ high school courses.

The disadvantage of the children of younger mothers and the advantage of the children of adult mothers largely depends on the different social positions occupied by women according to their age at motherhood (see Model 1 and Model 2). Much of the scant opportunity for children of mothers age under 25 to enroll at classical or scientific high school, for example, stems from their low educational qualifications and low occupational position. Having a child at a young age, in fact, not only has negative effects on the educational and employment careers of the parents themselves – particularly the mothers – but also fosters a process whereby they accumulate long-term disadvantages which also impacts on their children's educational outcomes.

The effect of the parents' social background

Can the increasing postponement of parenthood, besides affecting children's educational outcomes, also affect inequalities of educational opportunity when the social background of parents is considered? The socio-demographic literature has shown that more educated people are more likely to postpone parenthood: a behavior that we have seen is beneficial for their children's educational opportunities. Those who are less educated, on the other hand, tend to become parents very early – a behavior that conversely penalizes their children's educational outcomes. It is also possible, however, that the effects of these behaviors change according to the social position of the parents, rewarding the children of the more educated, and penalizing those of the less educated.

The results show that ages at motherhood and parenthood affect educational outcomes most among the children of people with at most a high school diploma, especially in terms of the likelihood of being enrolled at high school (Fig. 2). This means that by postponing parenthood, the poorly educated enable their children to reduce their disadvantage in educational opportunities with respect to the children of college graduates, who are instead systematically ‘protected’ by the high social status of their parents, regardless of their parents' age at parenthood. It also means, however, that in these cases the decision to become parents early contributes to a process of intergenerational accumulation of disadvantages: not only are those with low levels of education (and low occupational positions) more likely to have children at a young age, but their children are precisely those who experience the most negative effects of this behavior in terms of educational opportunities.

Hence, ages at motherhood and fatherhood are important for children's educational outcomes, as well as for inequalities in educational opportunities. Equally important is the age difference between parents, which is generally considered to be an indicator of the egalitarian nature of the relationship between men and women: a substantial difference could be a factor that hinders marital intimacy and good relationship quality and, consequently, has negative effects on children's life outcomes.

Rather than the difference itself, however, the analyses carried out suggested that children's educational opportunities are worse in couples where it is the mother who is older than the father, in terms of both high school enrollment and attendance at classical or scientific high school (Fig. 3). This may depend on the particular characteristics of these families: in fact, these are couples that deviate from the predominant social norm – especially in countries like Italy – according to which it is ‘normal’ for the father to be somewhat older than the mother. In contrast, children's educational outcomes are better in families where the parents are about the same age or where the father is slightly older than the mother. This suggests that families maximize their children's educational success when their marital choices and reproductive behavior approximate prevailing social norms.

"Autonomy, productivity, originality: COVID-19 teaches us how to evaluate research" Interview with Emanuela Reale
What self-employment (really) means for women and men
Women on the front line against Covid-19: 8 in 10 hospital employees are female, but very few of them move up the ladder
"Few self-employed and much leveling down". The career destiny of immigrants in Italy
Trust at and outside work: traces of solidarity in the age of coworking
Too late, too early. How prevention jeopardizes governments
Here's why Italy is always in government crisis. An interview with Andrea Pedrazzani
Hawks and doves: how Italian parties vote on foreign military operations
Usa 2020: why Trump is bound to lose (or to election rigging)
Come on, let's be realists!
More
All Contributions