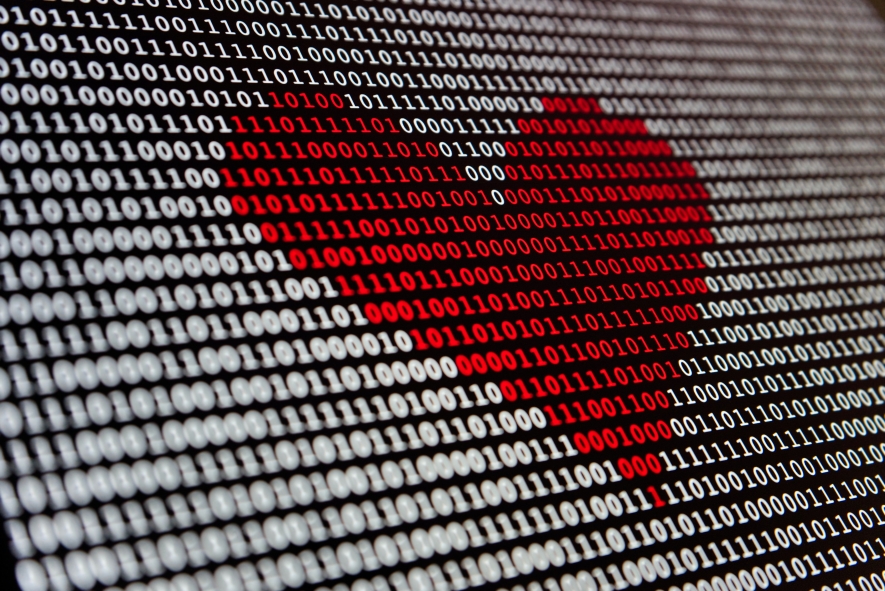 Dating apps: love in the time of algorithms

A. Gandini The rational handling of irrational issues: that's the promise of dating platforms. But will it come true?

With 320 million users worldwide, dating apps are one of the preferred means to establish romantic relationships. They have evolved from the first online dating sites of the 1990s, which were the digital transposition of the ‘companionship’ ads to be found in newspapers at the time, to become a different and more pervasive phenomenon. Nowadays, dating apps play an important role in the process of mediating social relationships promoted by digital technologies. Services such as Tinder or Bumble are in everyday use, particularly among the young and very young. Used mainly - though not exclusively - for romantic purposes, they have made it possible to overcome the negative stigma that historically marked traditional online dating sites, contributing to their normalization.

In research focused on the globalized and multicultural context of London, Carolina Bandinelli (University of Warwick) and Alessandro Gandini (University of Milan) studied the cultures that permeate these increasingly popular practices. They concentrated in particular on the opinions and attitudes of a dating app’s users with respect to the platform itself, the experience of meeting strangers, and presentation of the self.  Focus groups and ethnographic research enabled the two researchers to deepen their understanding of users' experiences in relation to these tools. Better insight into the peculiarities of these apps and the reasons for their success was gained thanks to the multiplicity of narratives and experiences yielded by this empirical investigation.  The findings are set out below.

The literature on the topic describes those who participate in the world of dating via apps as ‘small brands’ which need to build a fictional world around themselves in order to be appealing. Users' experiences seem to confirm this description. The idea, examined by the researchers, is that the specific nature of the forms of sociability produced through dating apps is entrepreneurial. Dating app users behave like entrepreneurs in that they manage assets and use them to attract the interest of others in a competitive environment. Like small-scale entrepreneurs, the users of dating apps are faced with the structural uncertainty of a social relationship market within which they 'invest' with the expectation of some kind of return. The notion of trust that characterizes such contexts is based not so much on the reciprocity of the relationship as on a financial arrangement that hinges on the evaluation of risk: namely, the risk of interacting with what – to borrow German sociologist Niklas Luhmann's term - are 'quasi-strangers’, that is, subjects about whom users/entrepreneurs know something, but not enough to establish a reciprocity relationship.

The 'platformization' of love: (seemingly) rational processes for irrational issues

Dating apps embody the process of 'platformization' of romantic relationships. Moving beyond the logic of the 'companion' ad, dating apps constitute an infrastructure that connects network relationships through algorithms within which data provided by users are processed to suggest 'the perfect match' to them. The portability, pervasiveness, traceability and multimediality of the smartphone device - necessary for the use of these apps - allow for a constant and diverse use which transforms romantic relationships into a kind of game. Hence, analysts speak of ‘relationshopping’. Through the process of matchmaking (creation of possible matches), dating apps systematize a social exchange between social actors who evaluate each other according to certain parameters. Users are well aware of this ‘game’: they recognize the need to produce a ‘working’ self-presentation in order to distinguish themselves from ‘competitors’, and they enact strategic practices to achieve that goal.

Although in some ways dating apps are comparable to social media like Facebook or Instagram, they differ from the latter in that they do not have the so-called ‘network effect’. On Facebook or Instagram, users accumulate contacts through lists of ‘friends’ or ‘followers,’ whilst in dating apps there is no such ‘accumulation of connections.’ Instead, the main mode of interaction is ‘swiping’, which is the only means of access between two users, if it is reciprocated. Facilitating these ‘swipes’ are algorithmic recommendations which promise to provide users with a set of contacts who, by taste or affinity, may be of interest to them. These algorithmic recommendations are used by dating apps to boast of their uniqueness and effectiveness in promotional terms as well, thus providing an example of data science applied to love. The use of algorithms to identify compatible profiles to suggest to users is narrated by these apps as a process of rationalizing the romantic relationship. They thus promise to resolve the irrationality of love through the rational principles of mathematics.

Whence derives the marketplace metaphor applied to dating. By giving users access to a potentially infinite number of contacts and enabling them to evaluate those contacts against a set of indicators, dating apps offer a potential 'scientific' solution to the dilemmas of love. They can be interpreted as technologies of choice that produce a sense of 'personal autonomy and control'. They rescue the postmodern subject from the burden of 'free choice' by delegating it to a technological device that supports the selection process.

If everybody is a small brand

In practice, this translates into a series of business-like tactics and behaviours strategically geared toward enhancing one's small 'brand’, which users are called upon to enact in order to use these services successfully. Dating app users try to interpret and simultaneously devise a visual and textual language to communicate their self in the form of a brand, learning to manage it and decipher the value of others. The rational, strategic and managerial approach that characterizes the behaviour of dating app users is, in turn, a response to the irrational nature of the love market. In these contexts, users develop self-presentation strategies designed not only to show their best selves, but also to produce 'a self that works' in a social environment of an entrepreneurial nature which operates within an information-poor market.

At the same time, , however, unlike goods for sale in a commodity market,  dating app users have no known objective value on which to base their selection; nor are they in a position to choose what they want. Instead, users face the structural uncertainty of interacting with strangers whose ‘purchasing power’ depends on their projected value.

Dating apps thus seem to furnish a faithful depiction of how German sociologist Niklas Luhmann describes love: namely, as a social system based on the 'codification' of intimacy through implicit communicational codes. Users behave as entrepreneurs in these contexts by interpreting the signals needed to make their interaction with others work. These signals constitute a grammar of their own, which differs partially from other contexts of the digital world, such as social media, where self-presentation is accompanied by a greater availability of information. Thus, the notion of trust that characterizes these contexts is not based on reciprocity, despite the 'swipe' tool, but instead on an assessment of the risk involved in this type of interaction. Social acting in the context of dating apps assumes a financialized form. New relationships are established in a logic of investment with an expectation of return.

The goal of optimizing love

The cultures underlying app-based dating practices resemble a market in which choices are made on the basis of expectations concerning uncertain and volatile future behaviour. Dating apps emerge from this research as tools that propose to ‘optimize’ love through technology. However, the promise of a ‘digital solution’ to the problems of love is far from realizable as such. Difficulties, uncertainty, and technical problems of various kinds accompany users' experiences. Dating app users, like good entrepreneurs, navigate risk and assess the potential of their investments. They do so, however, in a context that remains deeply anchored in intimacy and emotion, where data and algorithms ultimately contribute to reproducing uncertainty rather than reducing it. Here, users are called upon to negotiate expectations, make choices and engage in behaviours that escape the forms of optimization proposed by these technological infrastructures. And this is not necessarily bad news.

If you leave me, valence is the key
Mercenaries: efficient troops or murdering savages? The changing reputation of contracted soldiers
“You’re a populist!” The success of a political insult in recent UK history
"Our workers first!", labor mobility and chauvinism in Europe
NaspRead News, Covid-19 special edition
Climate change, eco-innovations are not enough. How to spread them faster with S. Ramkumar
Who's old? Redefining old age with Sergei Scherbov
Feminism in the discourse of right-wing female MPs
Migrants and integration: what the European Union can do
Does the euro make us feel more European?
More
All Contributions