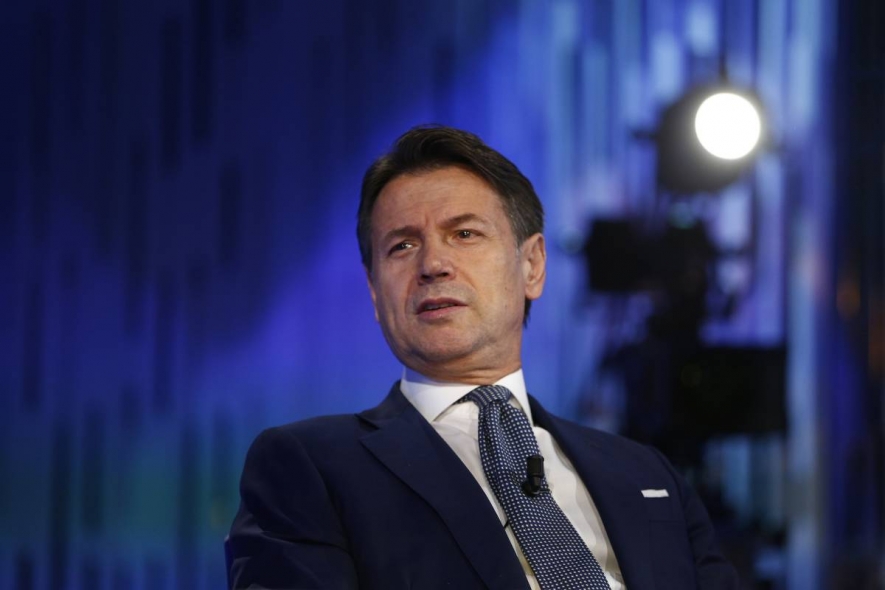 M.T. Galanti and B. Saracino Who's who in the Conte II task forces

During the first months of 2020, along with the difficulties and challenges brought by the Covid-19 pandemic, a considerable number of temporary bodies with a very precise role – on paper – flourished on the Italian political scene. Their purpose was to provide not only knowledge but also policy recommendations. These ‘task forces’ – as the newspapers immediately labeled them – were phenomena unprecedented in the Italian political system.

In just three months – between February and April of last year, when Italy was coping with the first pandemic wave – the Conte II government created seven bodies of this type. In theory, these seven ‘special teams’ were intended to support the executive in its most critical decisions and manage the emergency with specific technical expertise. They had one hundred and seventy or more members in total. But what were their distinctive features, and what were their prevailing expertise profiles? These are the questions that we tried to answer in our research by mapping both the structure of the task forces and the identities of their members.

Seven 'special' teams: what are they?

The first body to be set up, a few days after the declaration of a state of emergency by the World Health Organization, was the Scientific Technical Committee (STC), which was formally established by decree of the Head of the Civil Protection Department no. 371 of 5 February 2020.

Then came the Task Force for the Efficient and Rapid Use of Liquidity Support Measures (Liquidity Task Force), established on March 29, 2020, by the Ministry of Economy and Finance (MEF) as an informal, variable-geometry coordination structure in collaboration with the Ministry for Economic Development (MISE), Bank of Italy, ABI, Medio Credito Centrale, and SACE.

The Covid Emergency Data Task Force was established on March 31, 2020, by the Minister for Innovation. On April 4, the Undersecretary to the Presidency of the Council of Ministers (PCM) for Publishing established the Monitoring Unit to counter the spread of fake news related to Covid-19.

A few days later, on April 10, the Committee of Economic and Social Experts (CEES), better known as the ‘Colao Commission’, was set up.

The task force named Women for a New Renaissance (DNR) was created by the Minister for Equal Opportunities on April 13. Finally, the formation of the Committee of Experts at the Ministry of Education (MIR Task Force) came about on April 21.

The use of task forces was a distinctive feature of the Conte II government, so much so that the creation of a team with the specific aim of managing the Recovery Fund was also announced, although it was never implemented. Among the members of the various working groups were people who then held important roles in the subsequent Draghi government, such as Vittorio Colao, Enrico Giovannini, Patrizio Bianchi, and Roberto Cingolani.

As the data set out in Table 1 show, the structures analyzed were very weak in terms of organizational resources. Besides being of temporary duration, they did not have their own budget or staff – except for Colao's CEES, which was able to recruit a small number of assistants. Nor were their members paid. As regards the institutional position, it is significant that four of the seven bodies reported (directly or indirectly) to the Presidency of the Council of Ministers, which proved to be the main political decision-maker during the emergency. Whilst the number of task force members was highly variable, the criteria for the selection of members – which were stated in the institutive decrees – were quite homogeneous (and generic): reputation, technical expertise, and bureaucratic skill were required.

Also, the tasks provided by the decrees were variable. Apart from the Scientific Technical Committee (STC), most of these bodies were created not so much to formulate policy recommendations based on scientific evidence as to provide practical solutions on problematic issues, like the reopening of economic and educational activities or the tracking tools to be promoted, as well as to represent the instances of stakeholders.

Of significance are the data on the level of transparency, a feature that qualifies the credibility of advisory bodies also in the systems of other countries. The Italian Covid-19 task forces were weak in this respect as well. The curricula of the members, for example, were available only for three teams of experts (the STC, the CEES, and the Data Task Force). Only the members of the CEES and the Data Task Force had to declare the absence of a conflict of interest. In addition, the Fake News Task Force and the MIR Task Force did not publish the proceedings that they produced. Only the minutes of the STC meetings were published regularly (however, 45 days after the decisions had been taken). At the same time, only the members of the STC had to sign a confidentiality agreement.

In summary, analysis of the seven Italian task forces based on public data shows that these bodies were poorly structured, not very transparent, and, on average, not very visible in the political and public debate, with some notable exceptions if we consider the teams with stronger technical-specialist content, such as the STC and the liquidity task force. Ultimately, on considering the experience of the Conte II government, they appear to have been temporary and not very influential advisory bodies, created more than anything else to legitimize the government and share responsibility for difficult choices.

Using the socio-demographic, professional, and relational characteristics inferred from the curricula of task force members – by means of what insiders call a ‘two-step cluster analysis’ – we identified three ideal types of experts in the Conte II government task forces (Table 2).

The first group was made up of men between the ages of 50 and 60, university graduates, affiliated with multiple interest groups, belonging to more than one institution, with a top professional profile (public or private managers, entrepreneurs). Considering above all the multiple affiliations in both institutions and interest groups, we can deduce that this first group was characterized by experts for whom scientific production was not their main activity, but who assumed a central role in professional networks, and who at the same time could easily contact decision-makers. This profile corresponds to that category which, in the literature, is called ‘mediators’: people who produce vehicular ideas intended to connect concepts and social actors. Almost one in four of the persons recruited to the task forces fitted this description. The percentages increased in the Scientific Technical Committee and the Liquidity Task Force. In other terms when it comes to science, health, and money.

The second group’s profile is represented by a woman who was relatively younger than the population average (the age of 50), educated to high-school graduation level, not affiliated with an interest group, and belonging to a single institution, with the profession of a teacher or head teacher. This profile seems more directly reminiscent of the figure of the civil servant equipped with technical and sectoral knowledge related to the functioning of the public administration. This identikit can be linked to the figure of ‘interpreter’ useful for importing the ideas of experts into the public administration. It corresponded to 42% of the population surveyed, prevailed in the Women for a New Renaissance team, represented about half of the members of the Colao Commission and the data and fake news task forces, and it was also in the majority in the task force that dealt with education.

The third group identified with the ideal type of a man with a senior profile, over 60, highly educated (with a doctorate or post-graduate degree), affiliated with only one interest group and institution, and established in the medical or academic professions. This third ideal type corresponds to the scientific expert who produces scientifically based advice and performs a function that is as informative as it is operational and strategic. Scientific experts accounted for 34% of task force members, and they were most prevalent in task forces known in the media arena, such as STC and the Colao Commission. Scientific experts prevailed, along with female officials-interpreters, in the MIR task force, while they were around 30% in the data, DNR, and fake news task forces. They were only a small part, however, of the liquidity task force.

Between effectiveness and representation

The different weights of the different ideal types of experts in the various task forces prompt various considerations. The ‘special teams’ which were not very structured and visible, where the figures of ‘mediators’ and ‘translators’ prevailed, seemed to perform more of a symbolic function of legitimation and representation. By contrast, the more solid task forces better known in the public debate – those populated by scientific experts and mediators – fulfilled a more instrumental, technical, and problem-solving function.

However, the analysis clearly shows that some social and political dynamics were reproduced even during the emergency: it was not women, young people, or the best-skilled practitioners who whisper in the ears of power, but predominantly men already established and interconnected. As far as the presence of women is concerned, a clear finding in the gender literature seems to be confirmed: among the many causes of gender gaps, there is also the lesser inclusion of women in professional and power networks. It remains to be determined – and this is a matter for new research – how much these dynamics have been present in the institutional systems of other countries affected by the same emergency, but with non-temporary advisory bodies and consolidated practices.

Maria Tullia Galanti is associate professor at the Department of Social and Political Sciences of the University of Milan. She teaches policy analysis and evaluation and in her research activity si currently focused on policy formulation, policy advice and evidence-based policy making, policy entrepreneurship and leadership. She is editorial manager of the Rivista Italiana di Politiche Pubbliche - Italian Journal of Public Policies.

Barbara Saracino is Senior Assistant Professor of Sociology at the Department of Political and Social Sciences of the University of Bologna. Her main research interests deal with Methodology and Sociology of Science. She teaches Methodology of Political and Social Research and Science, Society and Public Engagement. She is member of the steering committee of the research centre Observa Science in Society and also coordinator of Science in Society Monitor.

EU cohesion policy: a soulless shell
Mercenaries: efficient troops or murdering savages? The changing reputation of contracted soldiers
Is Covid-19 a threat to democracy?
Why you become a terrorist. Interview with Krzysztof Krakowski
Here's why Italy is always in government crisis. An interview with Andrea Pedrazzani
Precarious workers and unemployed people vote with their wallet, not with their guts
How to be a realist
What (and how useful) European agencies are
NaspRead News, Covid-19 special edition
Rights, Knowledge and Truth (with Lani Watson)
More
All Contributions