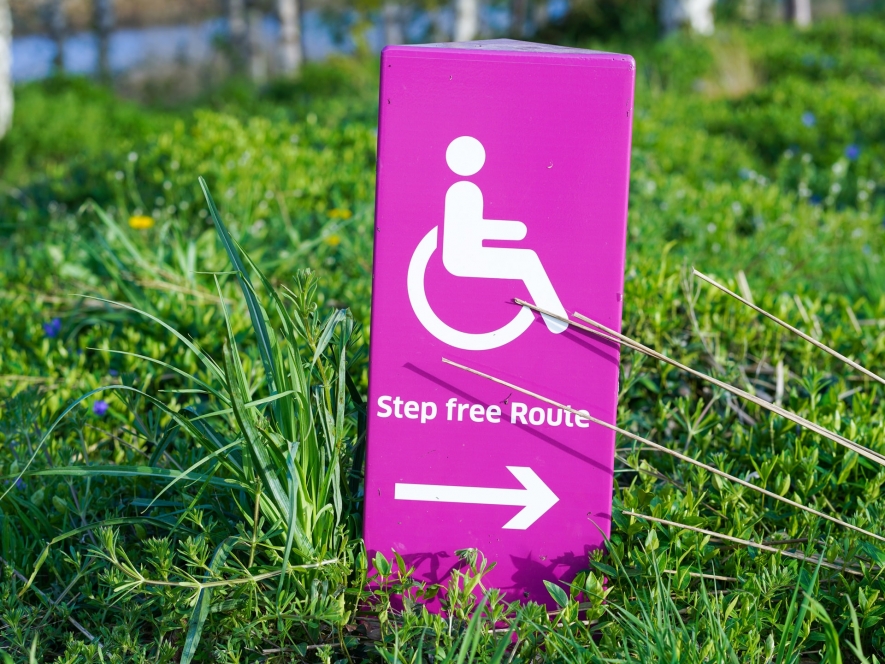 Between disability and happiness it's the society that makes the difference

People with disabilities are less happy than people with normal abilities. This has been revealed by several studies on the economics of happiness. The most common explanation is that this difference depends on the health status of disabled people. We forget, however, that disability cannot be reduced to a mere health problem. The UN Convention on the Rights of Persons with Disabilities reminds us, on the contrary, that "persons with disabilities are those with enduring physical, mental, intellectual or sensory impairments which, in interaction with barriers of various kinds, may hinder their full and effective participation in society on an equal basis with others".

In other words, disability is determined by individual factors (impairments that originate from chronic diseases) and social factors (barriers to participation in society). The combination of these aspects makes it necessary not only to have regulations to counter discrimination against people with disabilities but also laws that guarantee them the right to ‘reasonable accommodations’.

"Reasonable accommodation means necessary and appropriate modifications and adaptations that do not impose a disproportionate or undue burden adopted, where necessary in particular cases, to ensure that persons with disabilities enjoy and exercise, on an equal basis with others, all human rights and fundamental freedoms," the UN Convention continues.

These rights have been formally recognized worldwide since 2006, and in Italy ever since the 1970s. However, they have remained largely on paper. Disabled people still do not have the same opportunities as able-bodied people. In Europe, for example, 29% of the disabled population (i.e., three out of ten persons with disabilities) is at risk of poverty and social exclusion. Among able-bodied people, the percentage drops to 19%.

What are these barriers? If we look at education, among the most common barriers, at least in Europe, are the lack of aids, inaccessible buildings (for students in wheelchairs), insufficient support from teaching staff (especially in the case of students with severe disabilities). Depending on his/her disability, a student may need adaptations of study materials (ebooks rather than paper books, for example), teaching methodology, or assessment methods. Dyslexic individuals are entitled to an additional 30% of the time to complete written tests. However, students with disabilities may be denied the support they need by teaching staff if the latter – poorly trained and informed – consider such practices to be a form of favoritism.

People with disabilities have (one or more) impairments. This has consequences both on the material level and for happiness.

On the material level, disability costs money. If buses are not wheelchair accessible – to cite an all-too-common situation – those who can afford it will call an accessible cab (the cost of which is not reimbursed by the municipality). Typically, the disability pension is not enough to cover these costs. Furthermore, people with severe disabilities have higher average costs. Hence it is no coincidence that having a higher income is a source of greater satisfaction and well-being for people with disabilities.

On a personal level, becoming disabled is a shock and, like other types of shock, it causes an immediate decrease in happiness. Over time, however, those who have become disabled adapt to their condition, and their happiness increases, although it does not reach the previous level. For this reason, persons who have been disabled for a long time are happier on average than those who have recently become disabled.

So why are people who were born disabled also less happy than able-bodied people in the same condition? It may depend both on the type of impairment and so-called ‘minority stress’, i.e., the (additional and daily) fatigue to which someone is subject as a member of a minority. Some disabilities cause chronic physical pain, such as fibromyalgia. In this case, a lower level of happiness is understandable. However, people with disabilities, as a minority, frequently experience various forms of discrimination to which most of the population is not exposed (the same goes for immigrants, people of color, and members of the LGBTQ community). These ongoing discriminations cause higher levels of stress. It is, for this reason, that one talks in this case of ‘minority stress’. In its turn, stress harms happiness.

Removing barriers to social participation for people with disabilities requires action on several fronts. One of them is cultural: justice does not mean ‘equal treatment’, but rather ‘equality of opportunity’.

Born in Pisa in 1990, Asya Bellia obtained her Ph.D. in Economics at the Universities of Tuscany in 2021. Her research interests concern inequalities between disabled and able-bodied people: both in terms of living conditions and participation in social life, and in terms of well-being.

Who's old? Redefining old age with Sergei Scherbov
“The legacy of fascism? Like a Karst River ready to resurface”. An interview with Andrea Ruggeri
Career journalists: does politics matter?
Behind your favorite playlists: Spotify, Apple Music, Tidal and the rest
The Euroskeptic vote grows with coalition governments
Social Europe: old and new (dis)agreements
Mediatization 2.0: when readers choose their news
What self-employment (really) means for women and men
How to be a realist
Dating apps: love in the time of algorithms
More
All Contributions