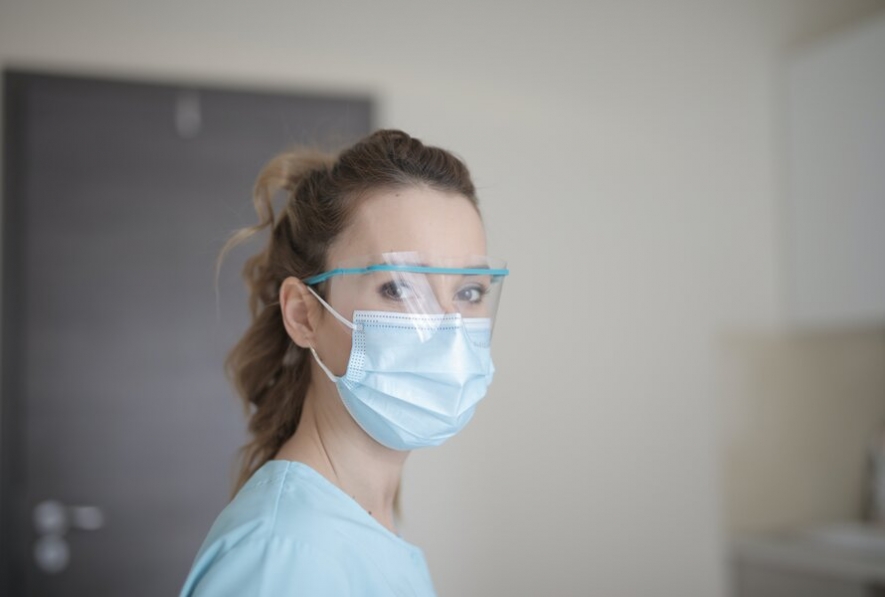 Women on the front line against Covid-19: 8 in 10 hospital employees are female, but very few of them move up the ladder

Camilla Gaiaschi They graduate with higher scores, but less than 1 in 5 becomes a surgeon. Gender impacts medical careers

- Gaiaschi, C. 2017. Premiums and penalties among physicians in Italy: how gender affects the combined impact of marital and parental status on pay. Polis (1), pp. 97-126.

In Italy, women are fighting the pandemic on the front line, both in hospitals – where they make for 77% of the employees in the national health system – and in research – where 57% of university biologists are women. Yet women are scarcely involved in the management of the current health crisis. The all-male scientific committee of the Italian Civil Defense (protezione civile) and the underrepresentation of women in the task force advising the government have recently been at the center of public debate. Female scholars, members of parliament, journalists and citizens have been campaigning for a more balanced gender representation within these organizations. A petition has gone viral on social media with the hashtag #datecivoce (“give us voice”) and has received international coverage (including by The New York Times).

Italian prime minister Giuseppe Conte finally responded by including eleven women in the two groups of experts. This is certainly good news, but the pandemic reality has hit hard on the perception of gender inequality in Italy. The health crisis has unearthed and exacerbated the gender imbalance in the labor market, especially in the scientific professions.

A male-dominated academia (except when men retire)

Data from the Italian Ministry of Education, University and Research show an essentially flat trend in the employment rate of female full professors over the past two decades, while only in recent years did the number of female associate professors increase. However, this is countervailed by a decreasing number of women working as untenured researchers. This is true both for the entire academic staff as a whole and for departments of medicine in particular. Ministerial statistics are purely descriptive, and should be complemented by an analysis of the gender representation among applicants, for which no aggregate data are available.

Nonetheless, available data clearly show that the “feminization” of the Italian academia is due to purely demographic factors, namely the retirement of older (and mostly male) cohorts of professors. This suggests that the gender asymmetry is far from gone; in fact, it is constantly reproduced.

Women in white coats: female medical doctors earn higher graduation ranks, but less than one in five becomes a surgeon

A more fine-grained analysis emerges from the research on medical careers conducted within the STAGES (Structural Transformation to Achieve Gender Equality in Science) European project coordinated by the Genders center at the University of Milan, Italy. The research consisted of administering an email questionnaire to physicians working in five hospitals in the Lombardy region, including three public hospitals and two private clinics. (These are Policlinico of Milan, the Legnano hospital, Sant’Anna Hospital in Como, the S. Donato hospital, and a fifth hospital that requested to remain anonymous.) The research allowed investigators to collect and analyze information concerning over one thousand respondents. A bare analysis of the significative differences between the mean values of men and women reveals that women tend to graduate from university with higher final grades, while men tend to receive more training once they enter the labor market. On the other hand, women work on average three hours less than men each week – which however comes down to a one-hour difference if one excludes private practice.

The unadjusted gender pay gap (i.e. the difference between male and female gross earnings) is 23 thousand euros per year, which is also affected by differences in gender balance at different levels of seniority as well as by the recent feminization of the medical profession, resulting in a younger mean age of the women employed. “Horizontal segregation” is strong, with only 16 percent of women physicians employed as surgeons, as is “vertical segregation”: the rate of chief physicians is 19% for men, while it is only 6% for women.

In the family sphere, a lower number of women (58%) get married or move in with their partner compared to men (70%). They also have children less frequently than their male counterpart (24% and 39%, respectively). Domestic and care work is also strongly imbalanced between men and women in the medical profession: women devote an average of 25 hours a week to it while their male colleagues only 16 hours.

To identify gender discrimination in the analyzed population, data have been analyzed through regression models that allowed researchers to control for the same (observed) characteristics in the male and in the female groups. In short, the analysis compared men and women that were “equivalent” to one another. Barely descriptive statistics are scarcely informative insofar as, say, the underrepresentation of women in higher-level occupations is influenced by their younger age, and their average income is influenced by the small number of women among higher-income chief physicians. Hence, inequalities are only revealed by comparing expected salaries and career opportunities for men and women with the same characteristics.

In order to analyze career advancements, logistic models of regression have been applied after harmonizing the organizational hierarchies of the five hospitals considered. For this purpose, a three-level scale (entry-level physician, deputy chief of medicine, and chief of medicine) has been used as the dependent variable. Results show that no statistically significant gender discrimination exist while advancing from deputy chief to chief. However, the odds ratio between the probability of moving up from entry-level physician to deputy chief and the probability of not advancing from the entry level was -41 percent. This means that women are no more disadvantaged than men in becoming chief physicians, but find obstacles in climbing the ladder in earlier career stages.

To use two popular metaphors that refer to vertical segregation, the discrimination of women in medical careers does not consist of a “glass ceiling” that keeps them from achieving top-level professional ranks as much as in a “sticky floor” that obstructs their moving up from entry-level positions.

The price of career advancement

That there is no glass ceiling in the medical profession in Italy would seem to be good news. Unfortunately, the situation is a bit more complex than that. The fact that women are not competitively disadvantaged in achieving the highest professional rank could be due to a disadvantage at the earlier career stage. To put it more simply, women may undergo a tougher selection process than men do at the entry level. As a consequence, those women who make it to deputy chief of manage – and therefore compete for the chief position – are on average more skilled and more qualified than their male competitors. Therefore, as Mura Ferre and Bandana Purkayastha argue, no glass ceiling does not necessarily mean higher gender equality in upper career levels. More accurately, gender equality only exists for a restricted and highly selected class of women.

This evidence has a number of implications in terms of equality among women as well as in terms of the “costs” that women who succeed in moving up the ladder must face. (Think of family life or the work-life balance.) Gender equality in traditionally “male” careers comes at a very high price, which women are paying with coping strategies.

Camilla Gaiaschi is a post-doc researcher at the Department of Social and Political Sciences at the University of Milan, where she collaborates with the Genders (Gender & Equality in Research and Science) Research Center. Her research interests include gender inequalities at work and in the professions, particularly in science, as well as welfare policies from a gender perspective. She is adjunct professor of the course "Equal opportunities and scientific careers" at the Faculty of Agricultural and Food Sciences. She has recently obtained a Marie Curie Individual Fellowship with a research project on gender and academia, which she will carry out at the University of Lausanne.
back to top

Imperfect bicameralism: one in five bills passed by the lower house is not enacted into law by the upper house
“I need you, but you’re not welcome”: how the occupational inclusion of migrants in Europe has changed after the crisis
Social Europe: old and new (dis)agreements
Too late, too early. How prevention jeopardizes governments
Refugees and migrants: how and why Europeans like reception more than is thought
Precarious workers and unemployed people vote with their wallet, not with their guts
Prof. and social networks: "Regulating the life of teachers outside the Academia? It's not the army" - 5 minutes with Antonella Besussi
Late and ahead. How parents' age affects their children's education
Climate change, eco-innovations are not enough. How to spread them faster with S. Ramkumar
What self-employment (really) means for women and men
More
All Contributions