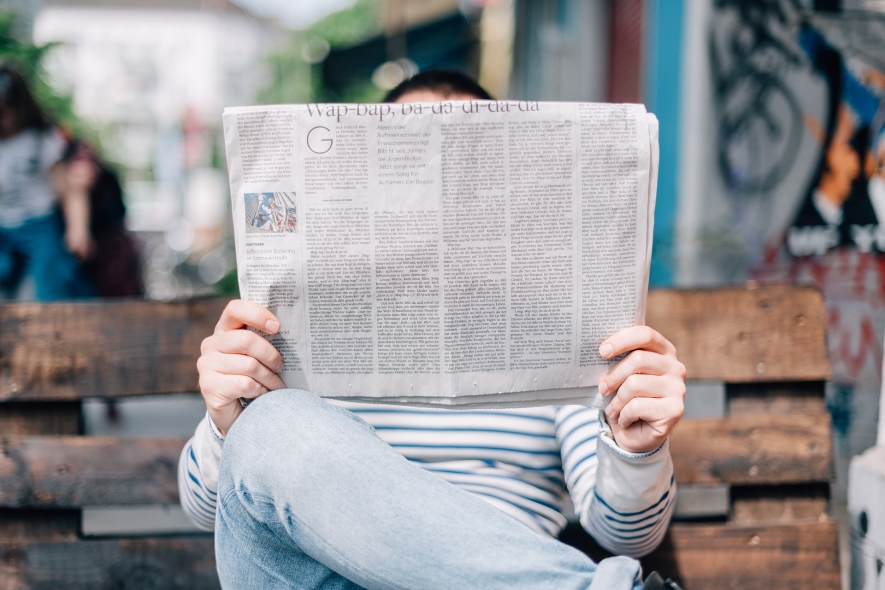 Mediatization 2.0: when readers choose their news

Journalists make newspapers, and that’s unquestionably true. That newspapers are made by journalists, however, is becoming less and less true. Sure, news reporters and editors are still responsible for identifying, verifying and writing news. But when it comes to choosing what to publish, it is the readers’ opinion that matters the most. Internet and social media have made it very simple to monitor users’ preferences, and information has changed accordingly. It has progressively abandoned the hard news – breaking news, current affairs, politics: anything of general significance – in favour of softer news: gossip, curiosity or lifestyle pieces.

This is what emerges from Francesca Arcostanzo and Alice Pulvirenti’s cross-media analysis of Italian newspaper La Repubblica over 2015.

The future of the media: three scenarios

Fifteen years ago, Winfried Schulz farsightedly noted a visible increase in the “mediatization” of contemporary societies – or, the ability of the media to shape social relations and information use. In 2004, he painted three possible future scenarios in this regard.

The skeptical scenario, on the contrary, foresaw that the advent of “new media” would be limited to creating new ways of mediatising and standardizing information, making full individual autonomy even more difficult.

Finally, the moderate scenario envisioned a convergence between old and new media, where the logic that characterized traditional media – including a tendency to prefer softer contents such as entertainment and infotainment – would be reproduced online.

To date, which of these hypotheses seems more correct? Here is a tentative answer.

The study: users’ reactions and the editorial logic

Seven days. Only one week, randomly identified over 2015, to analyze and compare the contents published on the printed edition, online version, and Facebook page of the Italian newspaper La Repubblica. This was the starting point of the research. At the time of this analysis, La Repubblica was the second most widespread newspaper in Italy and the first in terms of number of online readers.

The articles and posts published by the newspaper were manually coded in three news categories: hard, medium and soft (Reinemann et alt. 2011). This classification was based on the subject matter, but also on the content, focus, and style of the news.

A news item was deemed to be “hard news” insofar as it was politically relevant, presented in a thematic manner, focused on the impact of the incident, and reported in an impersonal manner.

On the other hand, news that was politically irrelevant, offered episodically, focused on the individual consequences of what is reported – as happens e.g. in gossip – and told with a personal, emotional or ironic approach have been classified as “soft”.

The pieces with hybrid features compared to the definitions of “hard” and “soft news” have been included the intermediate category (“medium”).

The free Netvizz tool has been used to measure the level of involvement of readers with respect to the articles published on the newspaper’s Facebook page (Rieder 2013).

While the classification of the articles was meant to capture the editorial logic behind the different formats of the newspaper, the measurement of the engagement has made it possible to ascertain which type of news the consumer-readers prefer to interact with and, ultimately, which type of news engages them the most.

The results suggest that soft news is less present in the printed version of the newspaper and reach their peak on Facebook. As can be seen in Figure 1, “only” 40 percent of front-page articles can be identified as soft news – compared to 64 percent of the articles published on the official Facebook page. As for the online version, this kind of news slightly exceeds half of the available content, reaching 51 percent. As for hard news, the situation is reversed (only 16 percent of Facebook contents – fewer than two in ten).

The distribution of comments is yet another story that still needs to be explored. Comments seem to reward mostly medium news, followed by hard news, while soft news are in the last place.

Readers are both active and passive subjects of light choices

Overall, the winning scenario, among those hypothesized by Schulz, seems to be the sceptical one.

Those who had envisioned a more optimistic outcome might have underestimated the peculiarities of social media as well as of their use. The increasing availability of data about users’ consumption preferences also played an unforeseen role, favouring an increasingly commercial system of news-content creation and dissemination (Landerer, 2013).

Media content is becoming more popularized and standardized by the day. And those responsible for this process are the very users and readers of media outlets. They are both active and passive subjects of the soft choices they make.

Francesca Arcostanzo is a digital researcher specialized in qualitative and quantitative social media analysis. Her main research interests concern political communication, public opinion and EU politicization. She has been a visiting student at the Amsterdam School of Communication Research and London-based Centre for the Analysis of Social Media (CASM). She currently works as Digital Communications Specialist at the European Central Bank.

The unexpected guest: minimum wage in Southern Europe
How to be a realist
If you leave me, valence is the key
NaspRead News, Covid-19 special edition
Climate change, eco-innovations are not enough. How to spread them faster with S. Ramkumar
Dating apps: love in the time of algorithms
How to get voters to the ballot box in an era of permanent campaigns
Between disability and happiness it's the society that makes the difference
Come on, let's be realists!
Women on the front line against Covid-19: 8 in 10 hospital employees are female, but very few of them move up the ladder
More
All Contributions