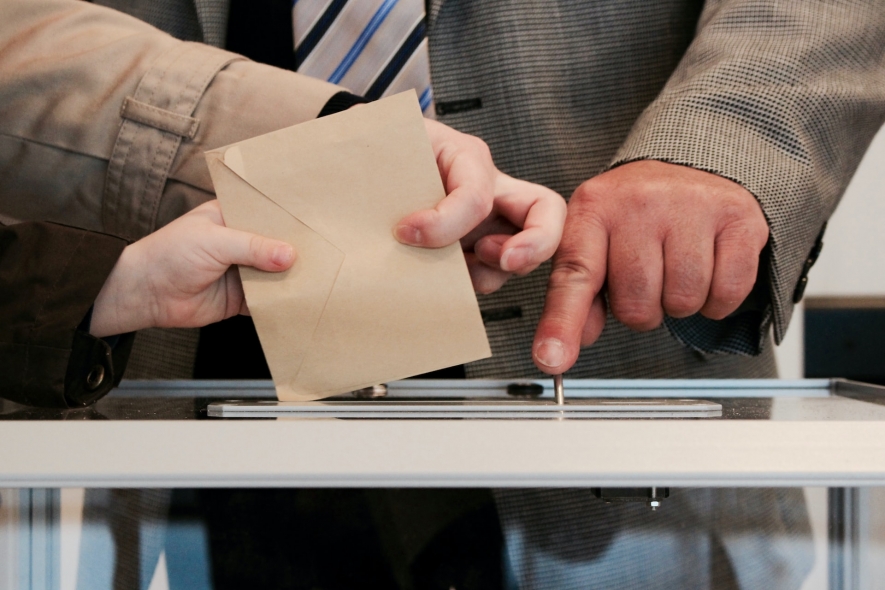 How the opportunity of policy change shapes electoral behaviour

Existing studies on electoral behaviour attests to the importance of ideology when people vote: voters tend to vote for parties they feel ideologically close to. This simple and common sense argument has recently been somehow qualified. Recent studies show that voters are able to anticipate the post-election bargaining negotiations among parties. Therefore when voting, they would not necessarily support always their most proximate party but often voters will choose parties that are likely to move the whole government towards their preferred policy position (Kedar 2010, Duch 2010). However, such an argument makes sense only when a policy change is possible after the election.

Not every election results in a full change of government. Actually, more often than not, partial or even no alternation of government takes place after the elections. According to the insights of the comparative politics literature, when the expected government is the same or almost the same as the outgoing government no expectation of significant policy change is plausible after the election (Tsebelis 2002). In our paper, we hypothesize and then demonstrate that when the possibility of government alternation is very low voters will not engage in complicated post-election bargaining considerations and more ‘simply’ vote for parties they feel ideologically close to. This implies that we should record the highest strength of proximity party voting in contexts where policy change after the elections is unlikely.

To test our hypothesis, we employ two empirical strategies. On the one hand, we use the Comparative Study of Electoral System (CSES) data spanning 20 years. By covering 91 elections from 28 countries, the CSES data allows us to take full advantage of contextual-level variation in government alternation. We use self-reported vote choice as the dependent variable. The main explanatory variables are the probability of government alternation and the ideological proximity between voter and party. The latter is measured using self-placement and party placement on an 11-point left-right ideological scale.

A second empirical test is provided by relying on panel data from Austria and Germany. While CSES data are an invaluable source of comparative evidence, they do not provide information on voter-level expectations. So, when using CSES data one must assume that all voters’ expectations match the reality of the country in which they live, and that, consequently, there are no differences among voters in terms of expected government alternation. To address this limitation of the CSES data, we test our expectation using election studies in which survey respondents are asked directly about government alternation. In other words, respondents are asked before the election to assess the likelihood that the incumbent coalition would be confirmed after the elections. Hence, these data allow us to measure expectations about government alternation directly at the individual level in the pre-election wave; vote choice is measured in the post-electoral wave so that one can substantiate causal inference better. This test for our hypothesis corroborates furtherly the conclusion derived using the CSES data. Proximity voting decreases when government alternation seems likely on an individual level as well.

Parties in government usually have to compromise in order to accommodate the policy platforms of other parties. According to the insights of compensational and coalition-directed voting that we have subsided into a so-called ‘policy-directed voting approach’, voters often vote to off-set this watering-down tendency of consensual systems by supporting more distant parties in order to shift the final government equilibrium closer to their ideal point. In this study, we have provided an important qualification to this argument by first arguing, and then showing empirically, that, irrespective of the type of democracy they belong to (majoritarian or consensual), when the perceived probability of government alternation is very small or null, voters have no incentive to engage in the costly decision of abandoning their most proximate party. On the contrary, non-proximity, and strategic voting will prevail when elections are likely to bring about changes to the current policies. Some important implications from this empirical evidence can be inferred.

Long periods without expected government alternation induce stable voting behaviour always based on ideological proximity. Whatever the exact size of expected policy change for voters who are willing to ‘leave’ their ideologically closest parties, a perceived high probability of change is always a condition to make the choice of ‘abandoning’ their ideologically closest parties meaningful. Therefore, voter perceptions of change should be among the most important stakes in election campaigns.

Why you become a terrorist. Interview with Krzysztof Krakowski
What made the NGEU agreement possible? An interview with Maurizio Ferrera
Trust at and outside work: traces of solidarity in the age of coworking
Women on the front line against Covid-19: 8 in 10 hospital employees are female, but very few of them move up the ladder
What Chancellor Merkel’s coronavirus strategy can teach us about political leadership
If you leave me, valence is the key
The Euroskeptic vote grows with coalition governments
Here's why Italy is always in government crisis. An interview with Andrea Pedrazzani
Rights, Knowledge and Truth (with Lani Watson)
What self-employment (really) means for women and men
More
All Contributions