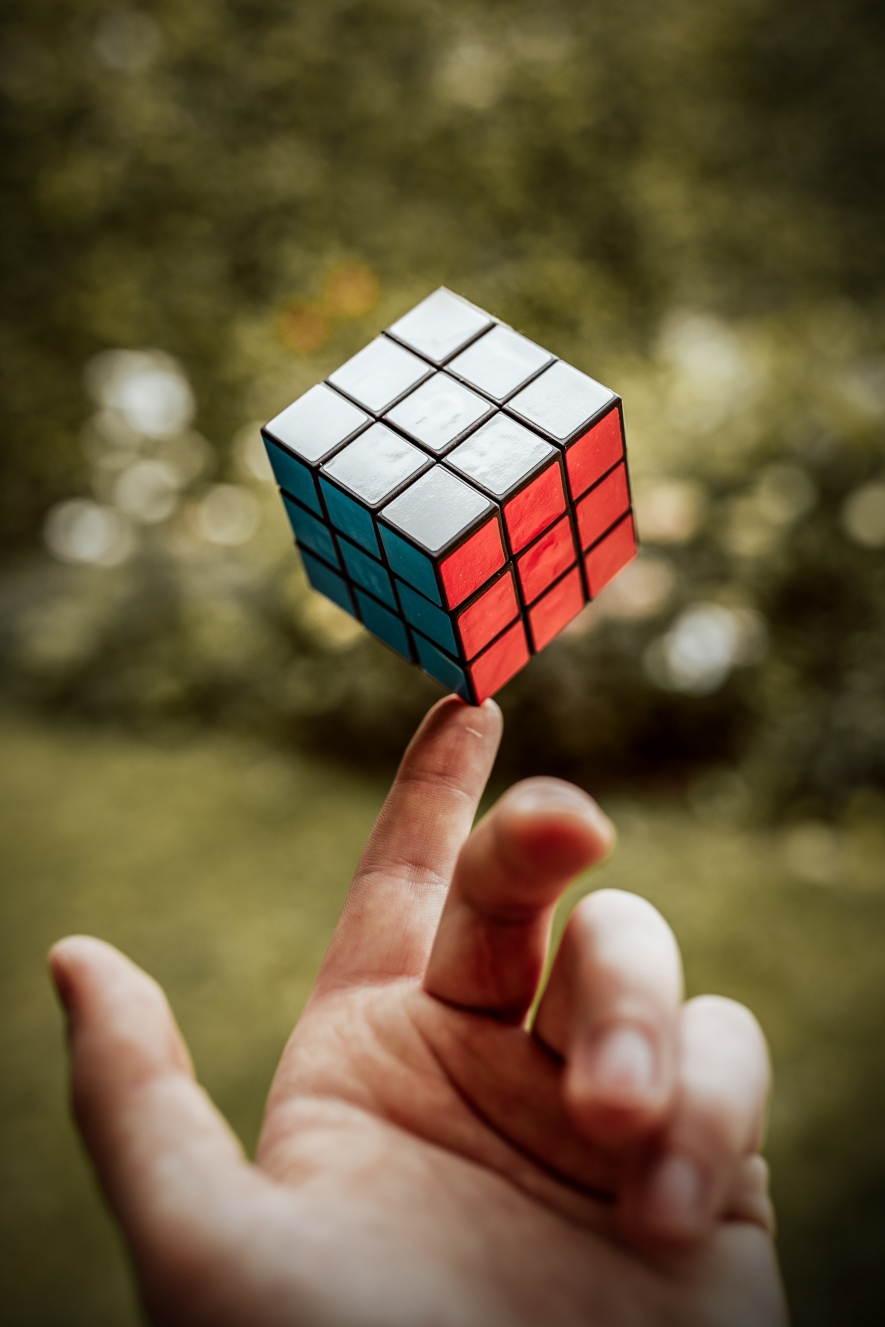 Come on, let's be realists!

On August 16, the Special Inspector General for Afghanistan Reconstruction (SIGAR) released its report on the situation in Afghanistan. Two key concepts strike the reader: unrealistic plans and poor understanding of the context. The U.S. government had allegedly planned "unrealistic timelines" and designed "unsustainable institutions." It had not "understood the Afghan context" and had "therefore failed to employ appropriate measures". Another example, though certainly a less dramatic one, concerns Italy. In February 2019, Gianluca Castaldi, a senator of the Five Star Movement, tweeted about the means-tested minimum income as follows: “They taught us that you have to start doing what is necessary, then what is possible, and suddenly we caught ourselves doing the impossible". On that occasion – as on many others – the politicians of the Movement were accused by many of making unrealistic and, therefore, potentially dangerous promises.

The language of realism, of possible and impossible political projects, is widespread in everyday politics; but what does it mean, exactly, to be a realist? Does it mean that in politics there is no place either for philosophy or for the hope to create fairer conditions of social life? Fortunately, it does not. Realism does not necessarily equate to pessimism, resignation, or conservatism. Rather, it means rethinking the relationship between philosophy and political practice, one that, on the one hand, allows us to criticize the status quo and, on the other, results in a critique that is compatible with what politics is by its nature.

Being realist: ethics is there but it is not the same for everyone

Contemporary political realism has taken its cue from the work of, among others, Bernard Williams, who defended realism as opposed to 'political moralism', that is, the approach according to which doing political philosophy is equivalent to doing applied ethics. According to moralism, politics must be regulated following moral principles that have objective and universal validity and, as such, must be applied to any political context.

In contrast, realism repudiates the idea that there are moral principles applicable 'from above’ regardless of context. Politics, realists argue, is an autonomous sphere characterized by purely political facts that constitute its essence and are not, therefore, eliminable or modifiable. These include the presence of conflict and disagreement over values (including moral ones), the plurality and diversity of views and interests, and the use of coercion as the ultimate means to obtain obedience.

This means that moral philosophy cannot directly inform political action, but it does not mean that politics is entirely devoid of ethics. Max Weber clearly stated the terms of the question. First, he distinguished an ethic of responsibility from an ethic of conviction. The former applies to the politician and prescribes to calculate, and take responsibility of, the consequences of exercising coercion. The latter applies to the prophet and prescribes the purity of ends and means. Furthermore, Weber believed that the politician who has a true vocation for politics is one who combines the two ethics, and thus seeks and exercises power for a noble cause. The message is clear: the specificity of the nature of the political requires that the normativity that governs it be also specific, without renouncing a critique of reality.

Realists have translated this precept into several methodological constraints. The first is that normative standards should be compatible with the specific context to which they are intended to apply. In short, to determine what is to be done in politics, it is first necessary to understand the context, the role and function of existing institutions, and the current economic, social, historical, and cultural circumstances. To do otherwise warns John Horton, is to risk the descriptive inadequacy and normative irrelevance of political theory: for a theory to be useful in improving existing social conditions, it must prescribe actions compatible with the context in which it is intended to intervene.

The second constraint is that legitimacy, and not justice, should be the fundamental political value. The concept of legitimacy makes it possible to distinguish between a political relationship and a relationship of pure domination, where the latter is a relationship involving the mere exercise of coercive power, while the former indicates the situation in which a certain political order is considered valid, or acceptable, by those who are subject to it (provided that they are not manipulated into accepting that political order as valid).

The citizens have the floor!

Internalist theories of legitimacy have the merit of defending the possibility, at least in theory, of (political) self-determination by those who are subject to the exercise of coercion by the political authority. In fact, the subjects of a certain political power must have the last word on the appropriateness of that power, while those who are not subject to it should not excessively interfere. If this is the case, then philosophy, especially ideal philosophy – i.e., the philosophy that deals with defining what justice, freedom, autonomy, etc. are, regardless of their 'real' manifestations in political practice – is nothing but an enjoyable exercise of thought.

What about the philosophers’ point of view?

The first task of philosophy is to establish what normative constraints must be respected by the internal perspective so that it is, on the one hand, normatively acceptable and, on the other, a harbinger of a critical attitude towards reality. Put otherwise, not all demands by citizens are equally acceptable: we want to be able to criticize the most controversial ones while respecting the idea that the perspective of those who are subject to the political power is central to judging the legitimacy of a regime.

The second task of philosophy is to stimulate a debate on the founding values of a political regime and an internal revision of those values that are not imposed from above.

We previously said that the philosopher, as an external observer, cannot impose her own set of values. Still, she can challenge the positions held by those who are subject to the political power and show the unintended consequences of, or possible alternatives to, the situation, while foregoing a final verdict on the legitimacy of the regime under assessment. In this way, the revision of values occurs internally, by those who are subject to power; it does not result from the imposition of an outside perspective.

If these are the tasks, the rejection of ideal philosophy loses its centrality: it is no longer just an enjoyable exercise of thought, as long as it does not claim to act as a straightforward guide for political action in every context. Even utopianism, some theorists maintain, finds a place in political realism, provided that it does not claim to establish the blueprint of the perfect polity, one that is valid in every political context. To this must be added the possibility that what today is 'only' enjoyable – that is, a pure exercise of philosophical thought aimed at establishing what justice is –may prove useful tomorrow, amid different political circumstances or if citizens are ready to embrace new values to revolutionize their political system from within.

Let us be realists, then, but without abandoning the ideal!

Ilaria Cozzaglio is a researcher at the "Normative Orders" center at Goethe Universität Frankfurt. She holds a Ph.D. in Political Studies from the Graduate School in Social and Political Sciences of the University of Milan (2018) and was a visiting Ph.D. student at University College London (2016). Her research concerns political realism as a theoretical method to address issues such as legitimacy, political progress, and populism, and has been published in several international journals, including European Journal of Philosophy, European Journal of Political Theory, Philosophy and Social Criticism, Social Theory and Practice, Ethical Theory and Moral Practice, Constellations.

Mediatization 2.0: when readers choose their news
Migrants and integration: what the European Union can do
Are politicians to blame for populist turncoats?
“You’re a populist!” The success of a political insult in recent UK history
“The legacy of fascism? Like a Karst River ready to resurface”. An interview with Andrea Ruggeri
Democracy and truth. What are alethic rights?
When it comes to religion in Eastern Europe, the Berlin Wall never came down
What (and how useful) European agencies are
Come on, let's be realists!
How citizens see political parties
More
All Contributions